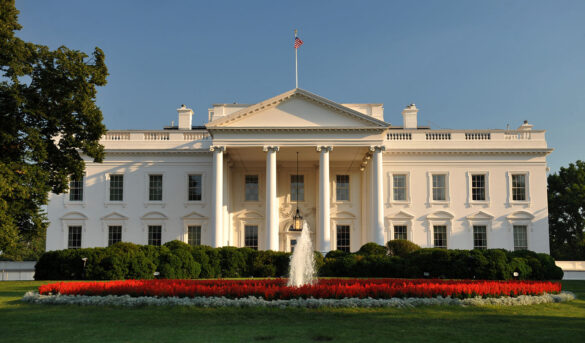 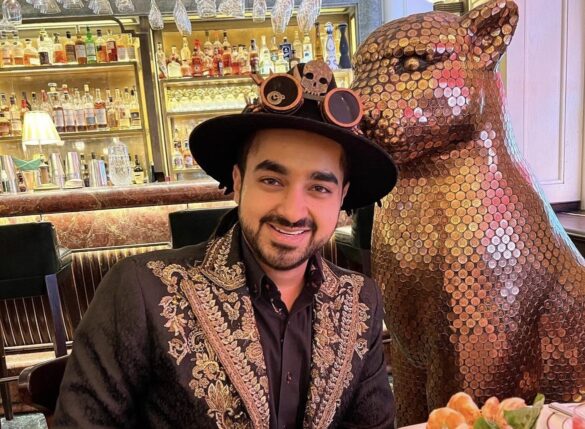 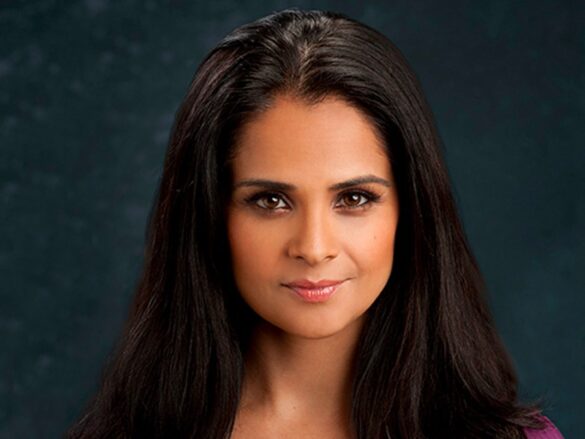 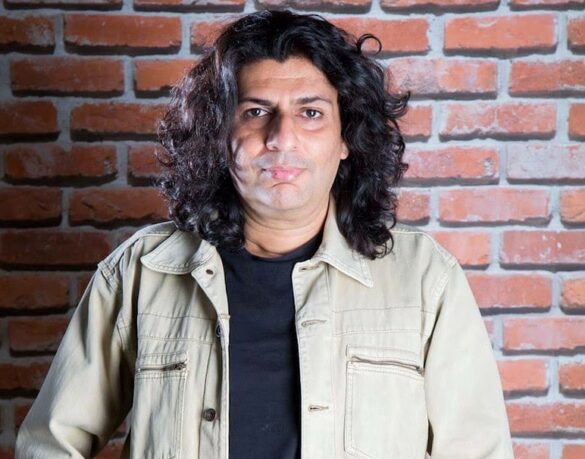 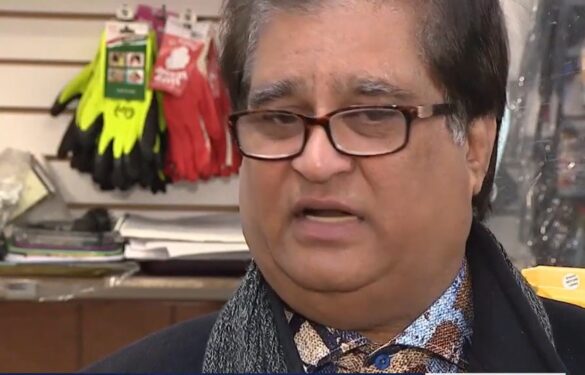 Washington, DC: (April 14th, 2013):  Indian-Americans constitute less than one percent of the country’s population, but they account for nine percent of the American doctors and physicians. As Forbes magazine aptly summed up, “The overrepresentation of Indians in these fields (engineering, IT and medicine) is striking – in practical terms, one out of seven doctors is likely to be of Indian Heritage.” They provide medical care to over 40 million of US population. Dr. Narendra Kumar, president of American Association of Physicians of Indian Origin (AAPI), which represents the over 100,000 Physicians, Fellows and Residents of Indian origin in the United States, insists that Indians dominate the medical profession in the US, and they “will only continue to excel in the future because of our family values, rich heritage and our passion to help others the needy.”

The growing clout of the physicians of Indian origin in the United States came into display on Thursday, April 11th, 2013 on Capitol Hill, Washington, DC as more than three dozen US Senators and Congressmen lined up to address the over 150 AAPI members, who had gathered to express their voice in support of their unified agenda, seeking their rights to practice their profession in a dignified manner and continue to provide quality healthcare in a cost effective manner.

Senator Harry Reid (D-NV), US Senate Majority Leader, had all praises for the physicians of Indian origin who have come to serve and dedicate their lives, skills and talents at the service of the needy in this country. “You excel in your fields and have a passion to provide quality care,” Reid told the cheering AAPI members, who had gathered at the Mansfield Room on Senate side of the Capitol Building, which is normally used for the Senators to meet for their weekly luncheon. Other U.S. Senators who had addressed the gathering of Indian physicians included Sen. Ben Cardin (D-MD), Sen. Debbie Stabenow (D-MI), and Sen. Mark Pryor (D-AR).

Standing under the portrait of Abraham Lincoln, each of the lawmakers addressed the AAPI delegates, showering praises on them for their commitment, professionalism and skills, caring for the people of this nation in various capacities. Some of them recounted personal stories of  their association with physicians of Indian origin, while others referred to them and their family members being treated by the highly talented and committed Indian American physicians. And almost everyone had endorsed the agenda put forth by AAPI and pledged to support these concerns, even while some of them promising to bring in or in the process of bringing in legislations that will address the AAPI agenda.

A group of AAPI delegates led by Dr. Kumar met with Rep. Dave Camp (R- MI), Chairman of  Ways & Means Committee, Sen. Roger Wicker (R-MS) and Rep. Steny Hoyer (D-MD), House Minority Whip, for nearly 30 minutes, during which the delegates had an opportunity to convey their concerns about the issues while practicing Medicine in this country.

Earlier in the day, Dr. Rachakonda Prabhu, Legislative Committee Chair, welcomed the delegates to the AAPI Legislative Day.  While pointing out that in the 112th Congress, AAPI had helped secure the introduction of the “Doctors for Underserved Areas in America Act,” (H.R. 2805), by U.S. Rep. Zoe Lofgren (D-CA), which would make the J-1 Visa Waiver Program permanent, enabling international medical graduates the opportunity to perform their medical training and residency in the United States, Dr. Prabhu urged the members of the Congress to cosponsor legislation making the J-1 Visa Waiver Program permanent when it is reintroduced in the House and to cosponsor S. 616.

In his remarks, Congressman Phil Gingrey, MD (R-GA), said, “My 95 yr-old-mom, my wife and children are being treated by physicians of Indian origin. You do a great job.” Congressman Jim McDermott, MD (D-WA), who has visited India more than any other member of Congress and is a past co-chair of the Congressional Caucus on India and Indian Americans, pledged to take the concerns of AAPI members in the US Congress.

Rep. Joe Crowley (D-NY), India Caucus co-chair, Rep.  Zoe Lofgren (D-CA), a member of the House Judiciary Committee, Congressman Phil Roe, MD (R-TN), and Rep. Frank Pallone (D-NJ), a senior member of the House Energy and Commerce Committee, ranking member of the Health subcommittee and co-founder of the Congressional Caucus on India and Indian Americans, were some of those who had addressed the audience, while expressing their support for the cause of AAPI and its agenda.

Mitul Desai, Senior Advisor for Strategic Partnerships in the U.S. Department of State’s South & Central Asian Bureau, gave an overall view of the partnerships around a variety of issues impacting the South and Central Asian regions, including entrepreneurship, philanthropy, trade and technology.  Aman Kapoor, President – Immigration Voice, shared about his efforts to lead Immigration Voice and serve as a community advocate.

In his keynote address, Dr. Anand K. Parekh, Deputy Assistant Secretary for Health (Science and Medicine) at the U.S. Department of Health and Human Services (HHS), provided an  oversight, direction and coordination of activities pertaining to a range of emerging public health and science issues and the continuum of medical research – including clinical science and health services research. “AAPI needs to help spread the word of the benefits of the Act. For more details, please visit www.healthcare.gov,” he said.

As part of comprehensive immigration reform, AAPI has urged the Congress to include international medical graduates also along with international students graduating with degrees in science, technology, engineering and mathematics (STEM) being fast-tracked for Green Cards. This proposal enables highly-skilled workers to remain in the United States after receiving their higher education in America. “Physicians graduating from accredited U.S. residency programs should also receive similar treatment. Such a proposal would enable more physicians to be eligible for Green Cards and address the ongoing physician shortage.” Dr.  Kumar stated.

Among the areas where AAPI had sought US lawmakers to support their agenda included increasing 15,000 more Residency Positions. Stating that the US is currently experiencing a physician shortage, which will be exacerbated by retiring baby boomers, affecting thousands of patients’ access to a physician, and ultimately the health care they need. Summarizing these concerns, Dr. Jayesh Shah, president-elect of AAPI stated that  in the 113th Congress, AAPI strongly supports the “Resident Physician Shortage Reduction Act of 2013, introduced by U.S. Congressman Joe Crowley (D-NY) (H.R. 1180) and U.S. Senator Bill Nelson (D-FL) (S. 577), which would provide an additional 15,000 residency positions in Fiscal Years 2015-2019. “The only way to address this future crisis is to increase the number of residency positions available for future physicians to get trained, so that our nation can effectively manage the need for increased patient care. Increasing the size of medical school classes is not enough,” Dr. Shah said. “There must be a simultaneous increase in the size of residency positions to train these future doctors. As Congress capped the number of residency positions in 1997, it is time for Congress to act NOW to remedy this critical situation. AAPI believes that ALL Americans have the right to see a physician.”

While pointing to the fact that from 1980-2005, medical school enrollment remained flat, the  U.S. population increased by more than 70 million people, requiring 90,000 more physicians by 2020.  Dr. Ravi Jahagirdar, vice president of AAPI, urged the US Congress to increase the size of entering Medical School classes, as it pertains to health care reform, as more physicians will be needed to provide quality health care to our nation’s uninsured patients.”

AAPI encourages a healthy doctor-patient environment by curbing aggressive litigation targeting physicians, said Dr. Sampat Shivangi, AAPI Legislative Committee Co-Chair. Stating that such lawsuits have had a chilling effect and driven up the cost of health care, through extra testing and the practice of defensive medicine, Dr. Shivangi said, “the Healthcare (HEALTH) Act of 2011,” (H.R. 5) limited the conditions for lawsuits and punitive damages for health care liability claims. It established a statute of limitations and limited noneconomic damages to $250,000. AAPI supports limited liability reform at the Federal and State level that places effective caps on non-economic damages, limits the use of joint-and-several liability, provides physicians with flexibility to negotiate settlements with medical insurers and limits the statute of limitations for filing medical malpractice claims,” he added.

“AAPI supports Congress providing a permanent fix to the Medicare sustainable growth rate (SGR) formula,” Dr. Ajay Lodha, Treasurer of AAPI said. In January 2013, Congress passed a temporary patch to avert a 26.5 percent cut, which expires in 2014. For more than a decade, Congress has delayed passing a permanent fix. Without such a fix, physicians’ reimbursements will be cut by nearly 27 percent next year. This will detrimentally affect physicians’ ability to provide critical health care to patients. “Congress can and should fix the Medicare SGR formula without cuts to physicians’ reimbursements to give certainty to the Medicare system,” he added. AAPI supports the bipartisan “Medicare Physician Payment Innovation Act of 2013,” (H.R. 574) which would bring certainty to the reimbursement system by eliminating the complex sustainable growth rate system, provide five years of consistent payments to physicians and test new payment models that would take into account the numerous changes that have occurred in our health care delivery system.

The culmination of the daylong event was a reception/dinner hosted by India’s Ambassador to the United States, Nirupama Rao at the Indian Embassy in the nation’s capital to the AAPI delegates, who had come from across the country. In his closing remarks, Dr. Kumar expressed gratitude to Ambassador Rao, Embassy staff, AAPI members, who had come to participate in the day long events in Washington, DC., and for all those who had made this a fruitful event, enabling AAPI’s voice be heard among the dozens of lawmakers who had come to speak to AAPI members and listen to their concerns.

Presentation/Discussion on "How to Tell our Children about Hinduism" By Dr.Karnam Aravinda Rao IPS, Ph.D in Atlanta,GA.