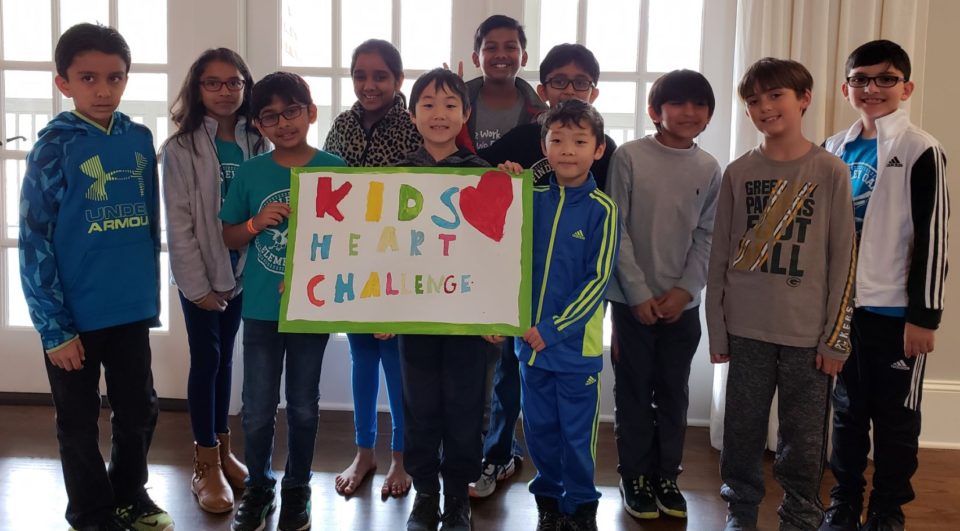 Atlanta, GA, March 8, 2019: While most people were busy finding a heart shaped gift for their valentines this February, third grader Sheehan Banka of Findley Oak’s Elementary school got busy initiating a fundraiser to support American Heart Association’s (AHA) Kids’ Heart Challenge. The family fun-fair held on February 9 at a subdivision clubhouse in Alpharetta was well attended by over 125 people.

Banka, moved by a close friend’s heart issues at birth in a previous school, expressed his desire to support the cause and host the school’s annual fundraising event.

Having knocked on doors to raise funds last year, Banka decided to take a different route this time around. After brainstorming with his parents, he came up with the idea of getting families together for a fun-fair, which would cater to adults and kids’ games, food and fun so that, in his words, their hearts can stay healthy. Banka reached out to neighborhood friends and stores for support. Nine friends from his grade Aadi Havanaur, Nathan Noyce, Shivam Kataria, Ansh Santosh, Leela Arvind, Jui Jadhav, Jay Pekky, Karan Patel, and Mark Ma pitched in to support the cause and host the event.

The event was all heart, with Banka penning his own poem to invite the guests. Team members created their own banners and marketing campaign. Kids went out requesting local stores for donations to keep their investment down, maximizing the contribution to AHA and they were certainly not disappointed. Chili’s, Jason Deli at junction of Medlock bridge/ McGinnis Ferry donated free kids’ meal coupon. Marco’s Pizza agreed to sponsor free Pizza for the event.

Some of the kids brought their unused toys and gift items to make up the reward list.

It was heartening for the kids to know that their target of $500 had surpassed expectations and reached $665 dollars in all.

Sheehan Banka is thankful to all kids, families and friends, parents who baked cookies and brownies and the stores who supported his efforts.

The American Heart Association is a non-profit organization that funds cardiovascular medical research, educates consumers on healthy living and fosters appropriate cardiac care in an effort to reduce disability and deaths caused by cardiovascular disease and stroke.