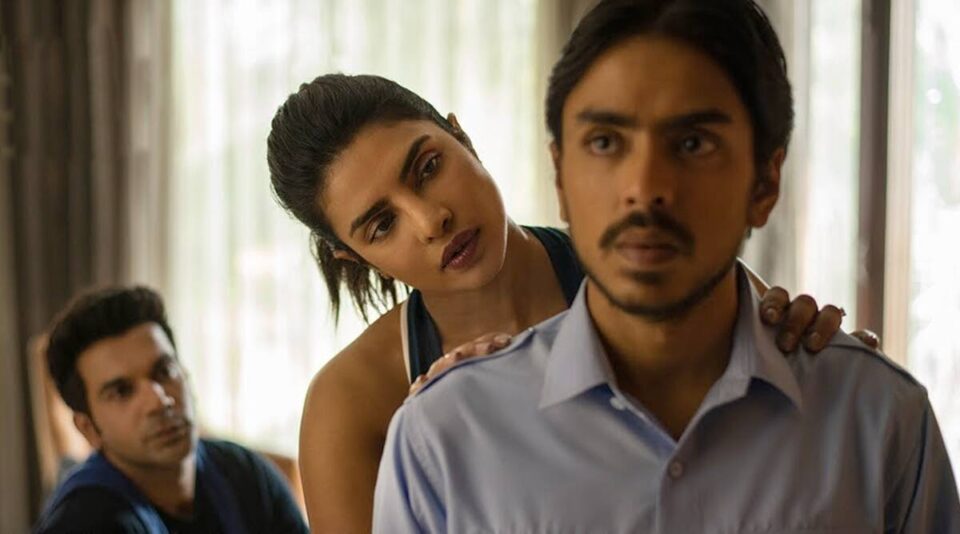 “Don’t believe for a second there’s a million-rupee game show you can win to get out of it”. That’s Balram Halwai thinking aloud, outlining the squalid poverty that he lives every day, as opposed to what Jamal Malik in Slumdog Millionaire might have said. The White Tiger sets its tone bluntly with that line, somewhere in the early portion of a two hour-odd runtime.

The idea is clear: There is no superstar-hosted miracle game show waiting to deliver you if you are Balram Halwai, ‘dehati’ driver devoted to a wealthy upper-caste ‘master’. But if you are Balram, and at the wrong end of the social stratum, getting at the wrong end of the law might just help. Only, in a country where ‘Wanted’ posters that cops issue rarely ever look like the culprit, you have to be smart enough to get away with it.

It is a notion that triggers instant chaos as we enter Balram’s world, and the mood pervades beneath all that goes on, as the film captures the essence of two very different Indias that have learned to coexist. From the gutters of Laxmangarh village in backwater Bihar, where Balram hails from, to the world of super-swanky Gurgaon condos, where he ends up a driver for his morally malleable, ultra-rich employers, it’s interesting how the film captures the reality about both milieus with discomforting precision.

It leaves you intrigued all the more because the man who gets it so right — Iranian-American filmmaker Ramin Bahrani — has never lived in either India.

It is easy, of course, to root for The White Tiger for its performances, because the cast is what primarily draws your attention. Adarsh Gourav as Balram Halwai, rises from the fringes to deliver a defining performance, as Bahrani unfolds his life story brimming with unapologetic tragi-comedy. Balram’s is a journey from lower-class ignominy to what he hopes will one day be a tale of successful entrepreneurship.

The grey story of ambition gets a twist of color when he meets Pinky madam (Priyanka Chopra Jonas, in surely her most assured performance in years), drop-dead wife of his employer Ashok (Rajkummar Rao, awkwardly out of sync with forced accent). Indeed, the plush world of Ashok is an awakening of sorts for Balram. Sly and ambitious that he always was, Balram manages to penetrate Ashok’s world in a way he becomes increasingly indispensable to his master.

Yet, Balram’s rude awakenings will not be restricted to the realization of the acute class divide that exists. He will be shocked to realize after a tragic incident one night how disposable he actually is to his employers. Balram understands the only way to buck the class divide, which is wholly loaded against him, it is to break all master-servant rules that have been drilled into his mind since childhood.

Maintaining the narrative tone of Aravind Adiga’s Man Booker Prize-winning book of the same name, Bahrani’s screenplay unfolds as a letter Balram writes to erstwhile Chinese premier Wen Jiabao, around his India visit of 2010. As Balram punches in his story on a laptop, the idea is to lay bare a representative citizen of one of the two most populous nations in the world to the head of the other. Does Balram really represent India, and the nation’s moral, economic and cultural fiber? We will give the makers of this film the advantage of creative liberty.

For, Bahrani does keep his narrative as close as possible to Adiga’s story. The book was always gripping, and the writer-director uses the advantage to credibly establish every socio-cultural comment inherent in the tale.

Witty in tone, heart-rending in its impact and entertaining overall, The White Tiger is the best thing Netflix has dropped in a long, long time.