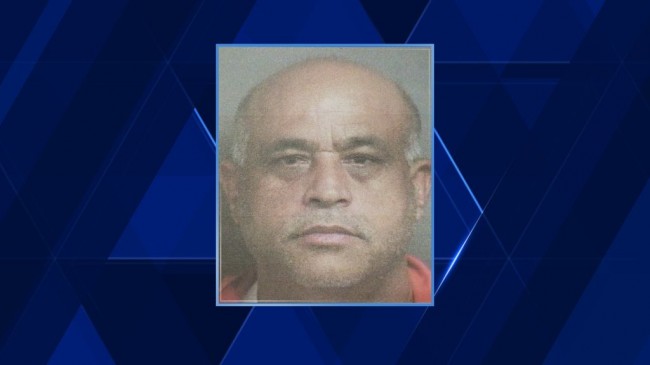 Atlanta, GA, December 14, 2018: A Maryland restaurateur, Khalil Ahmad, age 51,  pleaded guilty to stalking his estranged wife, plotting her murder, and setting her up to appear to be a terrorist.

Ahmad admitted on December 12, 2018, that he solicited another individual to have his wife killed after he violated protective orders she had obtained against him, but that he ultimately paid that individual to set her up to appear to be a terrorist and have her arrested instead.  Ahmad further admitted that he paid the same individual to burn down the restaurant Ahmad owned in order for him to collect the insurance.

On April 24, 2018, Ahmad threatened to kill himself.  He drove to the victim’s residence, and in the presence of the victim and her children, poured gasoline over his body.  Ahmad then produced a lighter and threatened to light himself on fire if the victim did not take him back.

On May 8, 2018, the victim obtained a Final Protective Order from the Circuit Court for Howard County that remains in effect through May 7, 2019.  The order directed Ahmad not to: abuse or threaten to abuse the victim; contact, attempt to contact, or harass the victim in person, in writing, or by any other means; or enter the residence of the victim.  In addition, the order required Ahmad to stay away from the victim’s place of employment.

Ahmad admitted that beginning in May 2018, he solicited an individual (CW) to harass the victim. CW and Ahmad met several times, during which Ahmad expressed a desire to have his wife murdered.  Ahmad subsequently decided to have the victim framed so that she would be arrested as a terrorist because she is from a Middle Eastern country.  The plan was to place a ballistic vest, firearm, bottles of alcohol, and extremist jihad writings in her possession, without her knowledge, and then notify law enforcement to have her arrested.

On May 10, 2018, following several discussions with Ahmad, CW reported Ahmad’s plan to law enforcement.  Thereafter, at the direction of and/or in the presence of law enforcement, CW’s calls and meetings with Ahmad were recorded.  Ahmad gave CW a total of $5,000 in cash over two separate meetings, as a down payment to have the victim set up to appear to be a terrorist.  Ahmad also provided CW with a photo of the victim, her address, phone numbers, and the last two digits of her Maryland license plate number.  Ahmad made numerous statements to CW that he wanted the victim arrested prior to his June 21 court date in Prince George’s County for violating the protective order.  If the victim were arrested, she could not testify, which would result in the court cases being dismissed.

The recorded calls and meetings reflect that Ahmad also wanted CW to commit an arson at Ahmad’s business (Allah Rakha Restaurant) so that Ahmad could collect the insurance payout from the fire.  Ahmad advised CW that he recently had raised the amount of insurance on the restaurant by approximately $200,000.  During one of their meetings, CW and Ahmad walked into the kitchen area of the restaurant to view the hot water heater and gas line, and discussed how CW would set the business on fire to make it look like an accident.

On June 5, 2018, investigators staged a scene involving what appeared to be Anne Arundel County Police Department (AAPD) uniformed police officers and detectives searching the victim’s vehicle on the side of a road.  Photographs were taken of the victim’s vehicle and provided to CW who then went to meet with Ahmad.  CW showed Ahmad the staged photographs and told Ahmad that it was done.  Ahmad told CW that he would pay $2,000 that day, but would pay the remaining $7,000 once Ahmad could verify that the victim had actually been arrested.  Ahmad then drove to a bank, withdrew $2,000 in cash, and handed the money to CW.

Later that same day, AAPD and FBI investigators went to Ahmad’s residence to conduct a ruse, informing Ahmad that his wife had been arrested and asking Ahmad if investigators could talk to him about his wife.  Ahmad told investigators that his wife had filed a protective order against him and retrieved the file he had in his home.  Ahmad said that he had overheard his wife on the phone at night taking classes about terrorism over the phone and that his wife had attended a terrorist training camp.  Ahmad agreed to meet with investigators at AAPD to talk more about his wife, her activities, and her possible associates.  At the meeting at AAPD, an FBI Urdu-speaking linguist was present for the interview.  Ahmad was provided his Miranda warnings and the FBI linguist translated for Ahmad.  Ahmad spoke to investigators at length about his wife.  Investigators then confronted Ahmad with recorded video of one of his meetings with CW, during which the two discussed the plot to kill his wife, the plan to set her up to look like a terrorist, and the scheme to burn down his restaurant.  Ahmad stated that he wanted CW to make things hard for his wife and to engage in a romantic relationship with her.  Ahmad falsely told investigators that the plot to kill his wife, to set her up to look like a terrorist, and the plan to burn down his restaurant were all CW’s ideas.

As a result of his guilty plea to the federal stalking charge, the Anne Arundel County, Howard County, and Prince George’s County State’s Attorney’s Offices have agreed to dismiss their pending cases against Ahmad.

Ahmad faces a maximum sentence of five years in prison for stalking and is subject to removal from the United States upon completion of his sentence.  U.S. District Judge Richard D. Bennett has scheduled sentencing for March 12, 2019.