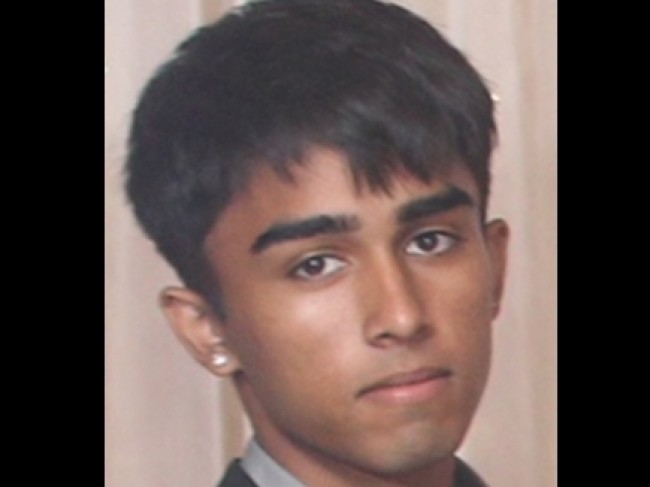 Washington, April 21 (IANS) An Indian American teenager wanted on a felony firearms possession warrant was killed in police firing after he used firearms on them in California, officials said.

Nathaniel Prasad, 18, was shot dead on April 5, according to an investigation report released by the Freemont Police Department on Thursday.

According to police, Prasad was sought on felony probation and firearms possessions warrants, as well as a misdemeanor evading warrant for fleeing a Fremont school resource officer on March 22, East Bay Times reported on Friday.

On April 5, members of the Fremont Police Department’s street crimes unit saw Prasad riding in a car north on Fremont Boulevard near Central Avenue. He was a co-passenger in the car driven by a female and it was soon intercepted.

The suspect tried to escape on foot and an officer was on a pursuit. The officer located Prasad near a gas station and when tried confronting him, the 18-year-old took a gun out and fired two rounds before disappearing towards Fremont Boulevard, police said.

The involved officer broadcast over the police radio that the suspect had a gun. The interaction was captured on video surveillance and was corroborated by statements of the officer and witnesses at the scene, the report said.

Later, there were six officers chasing Prasad and at one point he once again pulled the gun fired at the officers, CBS San Francisco reported.

Police said the interaction was corroborated by witnesses, statements by the officers, body-worn camera footage and in-car camera footage.

The officers returned fire and bullets struck Prasad. According to police, Prasad fell to the ground. But he still had a weapon in his hand and officers shot again.

No officers were injured in the shooting. Prasad’s mother, who was driving the vehicle, was transported to the police station, where she provided a statement to investigators.

Prasad had a .22 caliber revolver with him and officers found it had three spent casings and three empty cylinders, police said. The gun had allegedly been stolen.

Police said the recovery of the gun from Prasad was caught on at least one officer’s body-worn camera and corroborated by witnesses.