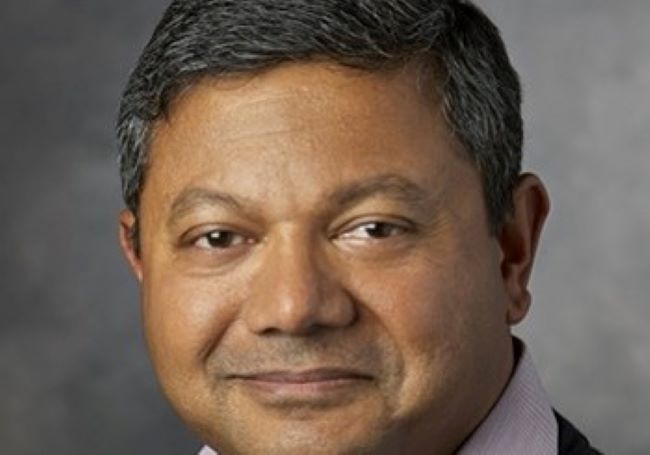 New York, May 8 (IANS) A man told by Andrew Grove, his legendary boss at Intel, that quitting for venture capital was akin to becoming a real estate agent, has cut a cheque of $1.1 billion, the second highest in US academic history.

A Harvard MBA, John Doerr’s is the largest gift in Stanford University’s history and aims to set up a school on climate change.

Earlier this week, Stanford president Marc Tessier-Lavigne informed the community that thanks to the Doerr couple, John and Ann, the university will have an unprecedented focus on climate, and the first new school in 70 years.

Leading it will be Mayo and IIT Mumbai alum, Arun (Arunava) Majumdar, professor of mechanical engineering and former co-director of the Precourt Institute for Energy at Stanford.

Majumdar was nominated for US Under Secretary of Energy for six months in 2011-2012, but the nomination was retracted.

He is a pro at energy solutions and policies through his research on sustainable grid technologies besides direct experience in both industry, including google, and government.

A Kolkata boy, Majumdar recently told an interviewer that cricket, maachh and murgi and mishti remain his big draw in Kolkata.

Back to Doerr, the tech sharpshooter didn’t listen to Grove after all, and joined VC Kleiner Perkins in 1980. He has since directed fund distribution to aces like Compaq, Netscape, Symantec, Sun Microsystems, drugstore.com, Amazon.com, Intuit, Macromedia, and Google.

An ally of Barack Obama, Doerr served on the USA Economic Recovery Advisory Board that aimed to fix America’s economic downturn. He continues to serve on the board of the Obama Foundation.

He has backed entrepreneurs, including Larry Page, Sergey Brin, and Eric Schmidt of Google; Jeff Bezos of Amazon.com; and Scott Cook and William Campbell of Intuit, and currently serves on the boards of Google, Amyris Biotech, Tradesy, ASAPP and Zynga.

The new school he is funding will focus on earth, climate and society. It claims commitment to developing knowledge and solutions in these fields at the scale this work demands.

The school aims to build on the foundation of Stanford Earth and other schools and interdisciplinary institutes. This includes Stanford’s Department of Civil and Environmental Engineering, as a joint department with the School of Engineering.

Also planned is creation of a Sustainability Accelerator and an Institute for Sustainable Societies, the addition of faculty in key fields such as energy, climate science, sustainable development and environmental justice, and new facilities to support this work.

Including Doerr, other supporters have generated an aggregate of $1.69 billion towards the launch slated for September 1.

In August 2010, the Doerr signed the Giving Pledge, a campaign set up by the Bill & Melinda Gates Foundation and Warren Buffett to get ultra-high-net-worth individuals to donate their fortunes to charitable causes within their lifetime.

The highest academic donation so far is Michael Bloomberg’s $3 billion to his alma mater, Johns Hopkins University. Bloomberg added $150 million May last with the goal of increasing racial diversity among students pursuing doctorates in science, technology, engineering and math.

Couple who just returned from the US murdered by driver