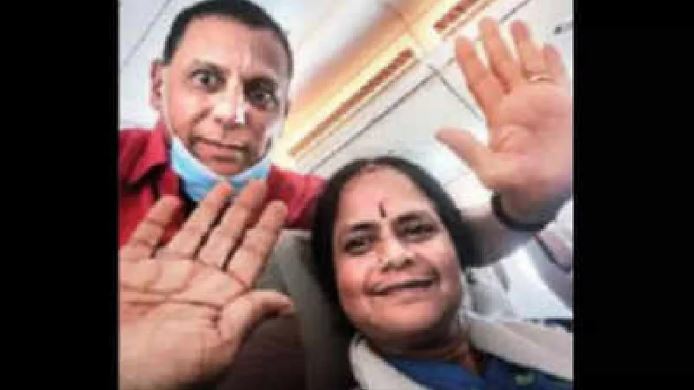 Chennai, May 8 (IANS) In the shocking double murder of a couple, who returned from the US, allegedly by their driver-cum-domestic help, in Chennai, police have recovered 1,000 sovereigns of gold and 50 kg of silver from the accused.

The couple, Srikanth, 58, and his wife Anuradha, 52, had returned to their home at Chennai after ten months of their stay in California with their daughter, Sunandha.

Driver Lal Krishna, who is from Nepal and who was working with them for the past ten years, picked them up and dropped them at their home. However, when the daughter tried to contact her parents, their phones were found switched off.

The panicked daughter called their relatives and asked them to file a police complaint. Police on reaching the home found blood stains and on inquiry, found that the couple had a farm House at Nemmeli on the ECR.

Police tracked Lal Krishna and his friend Ravi and found that they were traveling to Kolkata and informed the Andhra Pradesh Police, who intercepted the duo at Ongole. On questioning, they confessed that they had beaten the couple to death.

They also informed the police that they had buried the bodies at the farmhouse at Nemmeli and police recovered the bodies.

Lal Krishna and his parents were working for Srikanth and Anuradha over the past ten years. However, Lal Krishna, according to police, had sent his parents back to Nepal a few weeks ago.