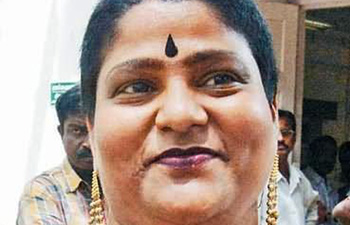 “Maya had come along with her daughter and a can of kerosene. Both tried to self-immolate themselves, but they were luckily stopped by officials on duty,” a police official from Vepery police station told IANS.

The AIADMK leader was convicted and sentenced to four years and fined Rs.100 crore for corruption by a special court here Sep 27.

Maya and her daughter were subsequently taken into custody and questioned.

“She decided to end her as well as her daughter’s life because she was upset with the verdict against Jayalalitha. They wanted to sacrifice their lives for the sake of Amma (Jayalalitha),” said the official.

A not-so-popular actress, Maya has starred in films such as “Garjanai” and “Amarakaaviyam”.