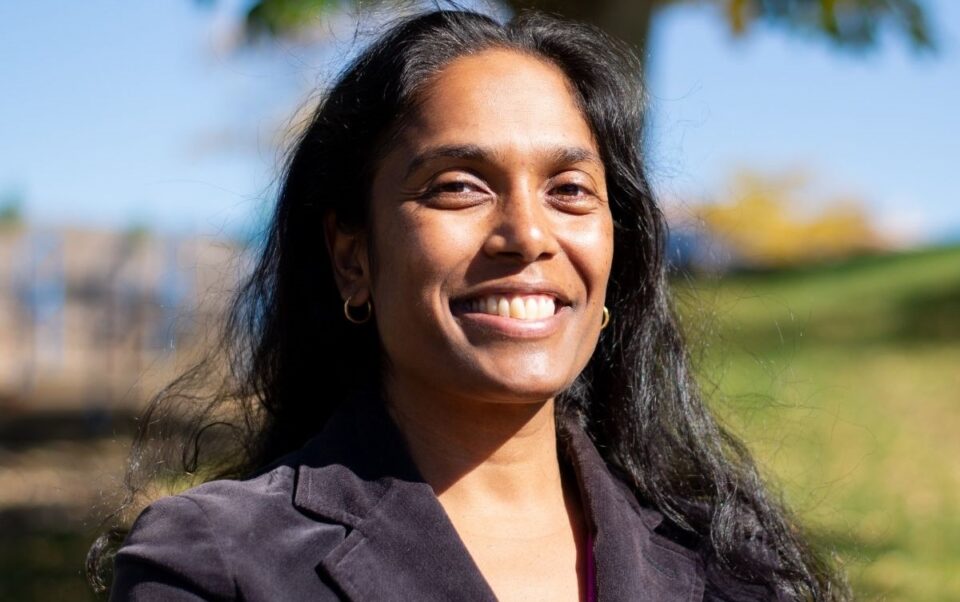 Setty has been the dean of the Western New England University School of Law since 2018, when she became the first woman of South Asian descent in the U.S. to serve as dean of an American Bar Association-accredited law school. She previously served as the school’s associate dean for faculty development and intellectual life. A member of the school’s faculty since 2006, she was named Professor of the Year in 2009, 2016 and 2018. Setty succeeds Eduardo R.C. Capulong, who has served in an interim capacity since March 2021. The appointment will be effective July 1, 2022.

“Dean Setty boasts a sustained record of accomplishment as an antitrust litigator, pro bono civil rights counsel, scholar of constitutional law and legal education leader, as well as a pioneering administrator and leader,” said Chairperson William C. Thompson Jr. “We are thrilled to welcome her to CUNY Law.”

“Dean Setty brings to CUNY a demonstrated ability to combine visionary goal-setting with deft governance, and to construct, fund and sustain the programs that realize those goals,” said Chancellor Félix V. Matos Rodríguez. “Her breadth of experience and commitment to use legal education for the advancement of social justice will build upon the Law School’s progress as the top public-interest law school in the nation. CUNY is fortunate to have her.”

At Western New England University School of Law, Setty’s deanship has focused on enhancing the social justice work at the school and its commitment to racial justice and diversity, equity and inclusion. She led the creation of its Center for Social Justice in 2019. The Center provides an organizing framework for the faculty and student work in social justice lawyering; engaging in economic justice, racial justice, LGBTQ+ rights, immigrant rights, access to justice, and other social justice lawyering work, and drawing support from foundations, alumni, and individual donors. She expanded racial justice-oriented programming and student support, and led the faculty in adopting a graduation requirement for racial justice coursework. In 2021, Dean Setty co-hosted the inaugural Workshop for Asian-American Women in Legal Academia, drawing over 100 participants to engage in professional development, scholarship support, and building community.

“I am thrilled and honored to serve as the next dean of CUNY School of Law. This law school was founded with the mission of public service, social justice lawyering, inclusiveness and accessibility,” said Setty. “In this moment, the nation and the world have recognized what CUNY has known all along: that our society needs more lawyers who are educated with these fundamental values to take on the challenges of today and the future. I look forward to working with all members of the CUNY community as the law school seeks to make the world a fairer, more just, and better place.”

Dean Setty’s area of expertise is comparative law and she is an influential scholar on constitutional rights and national security. In 2018, she was elected to membership in the American Law Institute and as a fellow of the American Bar Foundation.

The CUNY appointment brings her back to New York City, where she previously lived for 10 years, seven of them as an associate at Davis Polk & Wardwell. There she litigated antitrust cases in federal and state courts and served as defense counsel in pro bono matters challenging terrorism sentencing guidelines and upholding prisoners’ civil rights.

Currently, Setty serves on the Supreme Judicial Court of Massachusetts Standing Committee on Alternative Pathways to the Bar (co-chairing one subcommittee), on the Bipartisan Advisory Committee on Massachusetts Judicial Nominations to the U.S. District Court, on the Advisory Committee for the ABA Legal Education Police Practices Consortium, on the Deans’ Steering Committee of the Association of American Law Schools, as a board member for Community Legal Aid, and on the editorial board of the Journal of National Security Law and Policy.

​​Dean Setty is the recipient of the National Conference for Community and Justice 2021 Human Relations Award. She was on the Lawyers of Color Power List in 2020; recognized as a Top Woman in the Law by the Massachusetts Lawyers Weekly in 2019; named a Trailblazer by the South Asian Bar Association of Connecticut in 2015; and received the 2017 Tapping Reeve Legal Educator Award from the Connecticut Bar Association.