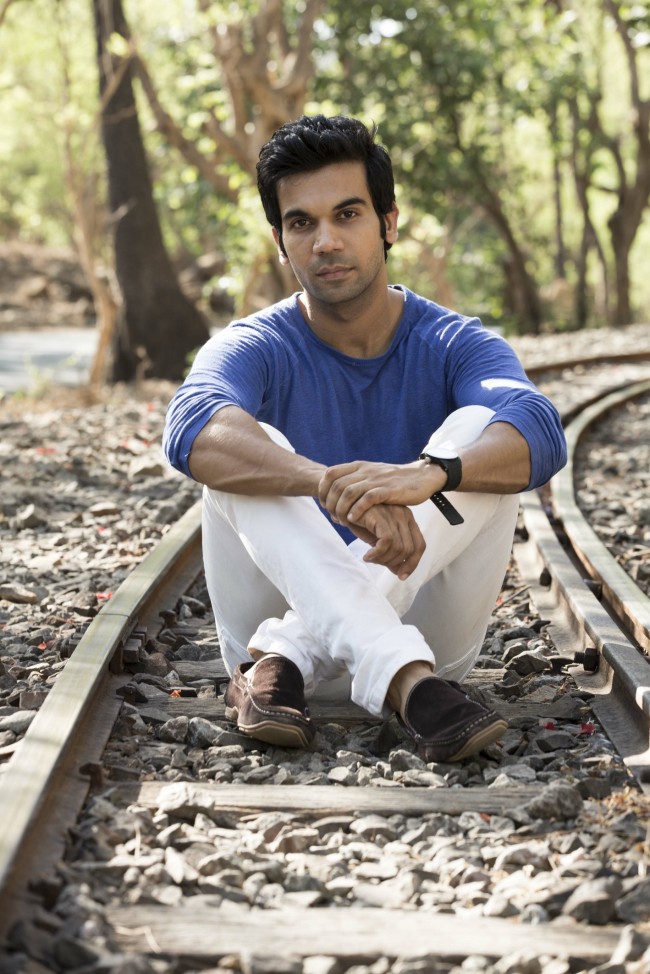 New Delhi, June 9 (IANS) He wasn’t born with a silver spoon in his mouth but managed to secure a National Film Award within five years of joining the film industry. The talented and versatile actor Rajkumar Rao thanks god for this and says there’s still “a long way to go”.

“I think god has been really kind to me. I’ve been lucky to be a part of some really wonderful films and to get to work with some really talented filmmakers. I think it’s a good start and there’s still a long way to go,” Rajkumar told IANS in an interview.

Having forayed into Bollywood with “LSD: Love, Sex Aur Dhokha” in 2010, Rajkumar went on to do films like “Shaitan”, “Kai Po Che”, “Queen” and “Citylights”. His emotive and intense performance in Hansal Mehta’s “Shahid” won Rajkumar the National Film Award for Best Actor in 2014.

His forthcoming film “Hamari Adhuri Kahani”, with Emraan Hashmi and Vidya Balan, is slated to hit theatres on Friday.

Talking about his character Hari, Rajkumar said he considers the part to be rather grey than outrightly negative.

“As an actor, I don’t consider it a negative role… But the viewers will decide whether it’s a negative character or not. I think the character is somewhere in the grey region,” he said.

At first, the 30-year-old actor was apprehensive to play the part, but the film’s producer, Mahesh Bhatt, convinced him to go ahead.

“I was a little scared when I heard the script. I told Bhatt sahab that this part is quite mature and I don’t know if I have that kind of understanding right now. But he was quite sure about it. He was very confident that only I could play this part,” said Rajkumar.

Shooting for the Mohit Suri-directorial was an “amazing” experience for the actor.

“The shooting experience was amazing… Unfortunately, I didn’t have many scenes with Emraan but working with Vidya and Mohit is something I’ll always remember. We all know what an amazing and brilliant actress she is, but on top of that she is an amazing human being… She fills you up with so much positive energy and warmth.

“Mohit is so passionate and there is so much fire in him as a director which inspires you as an actor to work even harder,” he said.

Talking about how he chooses a script, the actor said: “I just listen to my heart when I’m selecting a film. I go with my gut feeling. I read so many scripts in a month and whatever touches my heart or whatever I feel is something that I should devote three to four months of my life to, I just say ‘yes’ to it.”

The actor is proud of his latest film with Mehta, “Aligarh”. The film is based on the real life story of Shrinivas Ramchandra Siras, a doctor who was terminated from his job because of his sexuality.

“‘Aligarh’ is a really strong film. I’m really proud of it. I’ve seen bits of it and I think it has shaped up quite well. My character is very different in the film. I’m playing a journalist. He’s somebody who is very enthusiastic and peppy,” he said.

Apart from “Aligarh” and “Hamari Adhuri Kahani”, Rajkummar has just finished shooting for Ramesh Sippy’s “Shimla Mirchi”, which also stars Hema Malini and Rakul Preet Singh. If reports are to be believed, the film revolves around a mother and daughter who fall in love with the same guy.