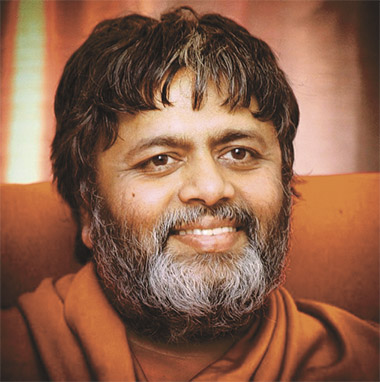 Atlanta, GA: Sri Vidya sadhna (meditation) is the purest, holiest and also the most powerful mediation of the universe. It is the highest form of tantra, mantra and yantra sadhna and Ma Lalita Tripursundari is its presiding deity.

So sacred and venerated is this meditation that the word ‘Sri’ is used in its name. Sri in the Hindi language denotes extreme respect and is used as an honorific prefix for esteemed people. And the meditation is referred to as a ‘vidya’ or knowledge rather than just another contemplative practice. The term vidya depicts the colossal profundity of universal wisdom inherent in it.

Legend has it that all the Gods themselves have performed this sadhna.

Sri Vidya is the ‘Art of Materialization and Dematerialization’: It helps the worshipper cull his accumulated negative psychic impressions while conferring upon him all the riches of the material world without letting one get lost in the greed.

Kundalini awakening: The latent consciousness within us is termed as the Kundalini. Awakening of this serpent power leads to inexplicably large number of benefits from money, fame, mental equipoise, radiant health, satisfaction, unconditional love for all, attainment of all the existing boons to Moksha. Sri Vidya hastens the awakening, inducing massive spiritual upliftment besides blessing with the luxuries and comforts of the material world. All the 7 chakras and the elements inherent in them too get activated.

Other material benefits of this powerful sacred process includes all relationships becoming cordial, there is infinite shower of wealth, confidence, wisdom, health, abundance and prosperity, the souls of the ancestors which may have been in the lower worlds get ascended, any black magic, vaastu dosha, bhoomi dosha, kaal sarpa dosha is nulllfied, major hurdles in life are averted, the sadhak witnesses inner peace instant wish fulfillment, optimism, humbleness, soft spokenness, respect for the opposite gender, curing of all kinds of diseases, removal of stress, and bad habits etc.

After perishing once and being revived by Adi Shankracharya, Sri Vidya again went out of the mainstream, becoming an extremely limited practice belonging to a countable few. This is attributed to the fact that as times went by, negativity too spread and such powerful wisdom in irresponsible hands would have meant disaster. The spiritually awakened sages, who were also worldly wise, realized this and so the wisdom of Sri Vidya was entrusted only with a few, dependable and worthy seekers. As a consequence, by 20th century, the sacred science was only with a handful of sages. And as of 2015, it is reduced to being with only one living saint – Avdhoot Baba Shivanand ji.

In the 21st century, the divine powers have ordained Baba ji to revive this otherworldly science of Sri Vidya. However, the past saints have believed that the science of Sri Vidya can only be transferred from an awakened soul of the Guru to His worthiest of disciple and one has to prove himself by showcasing exemplary scrupulousness.

But the benevolent soul that He is, Baba ji believes that the whole of humanity is worthy (supatra) for Him or at least will become when the transformation begins. He reckons all and sundry to be eligible for receiving the initiation into this otherwise esoteric meditation, preserve only of the pious niche.

Baba ji has painstakingly attained mastery in this immensely sacred meditation after years of penance. But he has no qualms in parting with this hard got knowledge to the masses as he wants to make the most of His spiritual sojourn for His limited time on this planet. His unconditional love for humanity at large makes Him share the holiest and the most closely guarded of divine methods which He Himself accomplished with extreme hard work and dedication after being initiated at a tender age of 8 by his Guru.

It is Baba ji’s vision to kindle the flame of Sri Vidya in every household so that such a special spiritual practice does not ever become extinct. He states in categorical terms that all the ills plaguing the modern mankind has their genesis in us forgetting our real selves. Sri Vidya, He believes will help stem the rot and lead not only the worshippers but their fellow beings into divine bliss.

Baba ji is a superb teacher. Such a complex discipline of Sri Vidya he makes short work of. So much so, that at the end of every Sri Vidya shivir, devotees learn the laborious nitty gritties of the meditation inside out.

Avdhoot Baba Shivanand ji will be in Atlanta from August 8 to 14 2015.

VisitorsCoverage Inc. Joins Hands with FIA as the Official Travel Insurance Partner for Festival of Globe