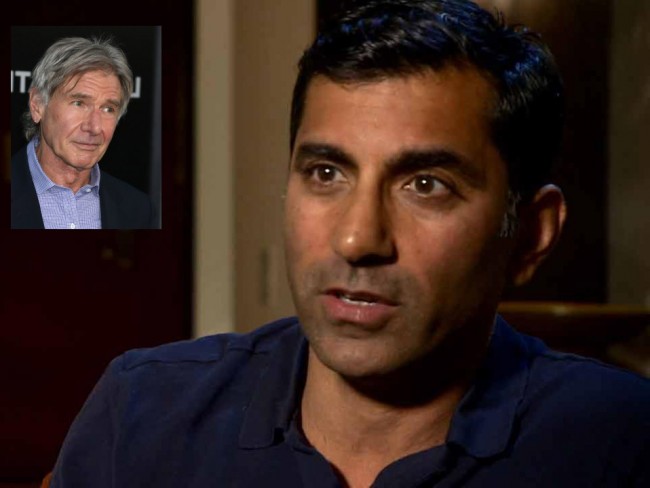 Los Angeles, March 6 (IANS) Indian-American spine surgeon Sanjay Khurana was playing golf Thursday when a single-engine plane crashed on the course. The pilot was none other than famous Hollywood actor Harrison Ford.

Khurana was among the first to pull out the injured star from the wreckage.

When Khurana saw the plane crash on the course, next to Santa Monica Airport, he followed his first instinct to rush to the plane to ensure the pilot was safe.

At the time, Khurana was golfing on the 7th hole of the Penmar Golf Course. He saw Ford’s plane hit a tree before nose-diving to the ground. He dropped his clubs and ran to the crash site, seeing “a passenger in the rear seat slumped over in distress belted in.”

“He was stunned a bit,” Khurana said. “He was moaning and in pain.” Khurana says he quickly recognised the famous pilot.

“It was obvious by his face, it was Harrison Ford. I’m old enough, or young enough, to have watched all his ‘Star Wars’ films. So, it was obvious,” Khurana told ABC News.

Khurana, who was interviewed by numerous TV channels in Los Angeles, said aside from worrying about Ford’s injuries from the impact, he saw fuel leaking out of the World War II-era plane.

He and other golfers pulled Ford from the wreckage. Others threw dirt on the fuel so it wouldn’t catch fire.

Khurana said though bleeding heavily, Ford was able to speak and move despite his injuries. Ford is best known for his roles in the “Star Wars” and “Indiana Jones”.

Ford is expected to make a full recovery.

In a statement released Thursday night, the movie star’s representative said while he was “banged up,” his injuries were not life-threatening. His publicist, Ina Treciokas, described the actor’s injuries as non-life-threatening.

The 72-year-old actor reported engine trouble shortly after taking off from Santa Monica Municipal Airport and asked for an immediate return to the airport, National Transportation Safety Board investigator Patrick Jones said.

The tower then reported his aircraft came up short of the runway, according to air traffic controller transmissions from LiveATC.net

The vintage WW-II airplane that Ford was piloting clipped a tree before crashing, Jones said.

Hours after the crash, Khurana remained surprised by what occurred.

“You don’t go golfing expecting to see an airplane crash and to help extract someone and realise it’s someone you know from the movies, right? It’s fairly bizarre,” he told ABC News.

“But as a surgeon, I’ve been practicing for almost over a decade now, you deal with urgent situations. So you have to do your best for someone in distress.”