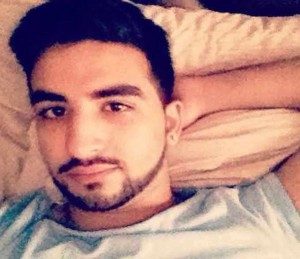 New Delhi, Sep 20 (IANS) The mother of NRI student Anmol Sarna, who died here after a drug party, Friday claimed that her son was tortured and killed for resisting a sexual assault attempt by his four friends.

Sushma Sarna said one of the friends is a homosexual and was once suspended from school when caught in a compromising position with a male friend in the school premises.

“He must have initiated the attack on my son and the rest probably joined in. They tortured Anmol and tried to sexually assault him. He was killed because he resisted,” Sushma told IANS.

“The private parts of Anmol bore injury marks and this has been proved in the autopsy report,” she added.

Anmol’s maternal aunt Meenu Guliani corroborated the claim and said her nephew had once told the family that one of his friends is gay.

The mother further said that Anmol’s violent outbreak was in self defence.

“He was trying to protect himself,” she said.

Anmol’s mother has posed questions to the Delhi Police which include details of what happened in the room on the fateful night, why her son was repeatedly calling out Chiki and Madhav’s names and why the friends fled the spot after the incident.

Anmol died in a hospital where he was taken after being found unconscious in a pool of blood outside a south Delhi residential complex Sep 13.

He was allegedly beaten up by two security guards when he created ruckus after taking a drug overdose at the party. His autopsy said he died due to shock and haemorrhage caused by head injuries. There were major injuries on his private parts also.

The two guards – Surender Bali and Naresh Mishra – are now in custody along with the friends – Shivang alias Chiki Gambhir, 20, Madhav Bhandaru, 20, Rhythm Girhotra, 20, and Pranil Shah, 20, who were arrested under the Narcotic Drugs and Psychotropic Substances Act, 1985.

Anmol was the eldest son of Kailash Colony-based businessman Anil Sarna. He had recently graduated from a college in New York and had come to India in January. He was to join a hospitality institute in California next month.