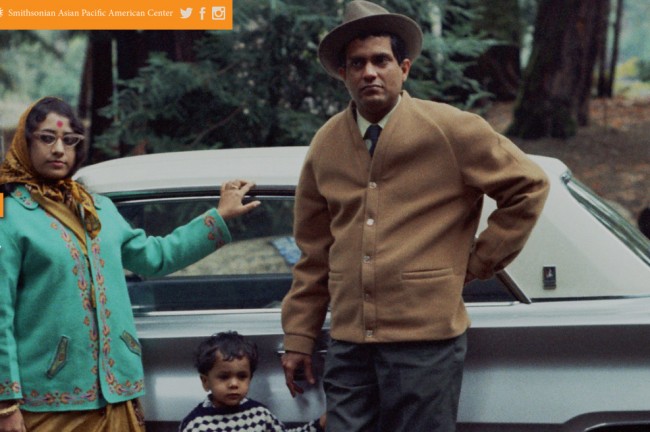 Panaji, Nov 2 (IANS) The increasingly ubiquitous Indian hand is going places in the US, whether it’s inventing the world’s first email program or weaving an intricately sequined gown for First Lady Michelle Obama.

Washington’s Smithsonian Institution has now stepped up to the plate to pay tribute to the contribution of the Indian American community, one of the fastest growing ethnic communities there, to the US.

In India to promote an exhibition “Beyond Bollywood: Indian Americans Shape the Nation” hosted at the iconic Smithsonian, museum curator Masum Momaya related the story of how the world’s largest museum pieced together a treasure trove of precious legacies of Indian American, many of them contemporary, which are now a part of the US national treasure.

“There are a number of historical objects and artefacts. One of them is a group of items that were used by Dalip Singh Saund in his campaign for Congress. He is the first person of Asian origin, Indian origin and non-Abrahamic faith to be elected to the US Congress. He was elected in the 1950s,” Momaya told IANS.

Saund landed in America as a young lad to study, but pursued and consummated the Great American dream to the fullest. He started off as a farmhand but went on to become a judge and later defeated his connected, rich opponent in the battle for Congress.

Others like Balbir Singh Sodhi who also find representation at the museum may have been relatively unsuccessful in the pursuit of the same dream, but his death is now a significant marker in America’s racial crime history.

“He was the first person who was killed after 9/11 in a racially motivated crime. He was a gas station owner in Arizona and was shot in broad daylight outside his facility a few days after 9/11,” Momaya said. Sodhi’s turban and diary are now on display at the Smithsonian.

Momaya is touring India with select photographs of the year-long exhibition that began in August and which is already being talked about in the US and the international media.
The exhibition is the first instance where artefacts which explain the story of Indians in America will be included in the Smithsonian’s rich repository of over 127 million exhibits.
Another object of note at the museum is the gown stitched by Indian origin designer Naeem Khan, which Michelle Obama wore at the annual Governor’s Ball in 2012.

“The gown is symbolic because it is a combination of that great detailed and delicate embroidery work that was passed down to him, but also it’s a clean silheoutte which is found in American fashion. So, it is clearly a combination of traditions that he learnt and are a part of his work,” Momaya said.

Khan, whose forefathers were official embroiders to Moghul royalty, was working in Mumbai before New York’s fashion industry beckoned.

The artefacts, letters and photographs, Momaya said, document those critical moments and Indian personalities who have shaped America in their own way.

Contrary to misconception, Indian migration to the US, she said, is not a recent phenomenon, but one which stretches back to 1620, when an Indian, part of a servant entourage of a British couple, reportedly landed on American shores.

“More significantly immigration started in the 1800s when people (Indians) actually came and settled in numbers both in California and also at the Eastern sea ports,” she said.

These Indians from Punjab and Bengal were the ones who laid the bedrock for Indo-American ties over centuries, Momaya added.