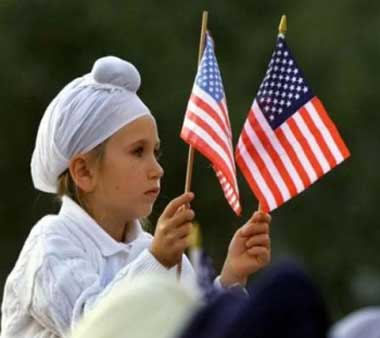 Washington, Dec 19 (IANS) With hate crimes against Muslims and Sikhs rising in the wake of the terrorist attacks in Paris and California, 15 diverse civil rights and faith-based organisations, led by the National Sikh Campaign (NSC), have joined up to address hateful rhetoric against religious minorities.

The coalition aims to encourage interfaith dialogue to address increased discrimination, mistrust, and violence, particularly against Sikh and Muslim Americans.

Members of the group joined a White House event this week aimed at reinvigorating American traditions of inclusion, freedom and interfaith cooperation.

“The rise in anti-Muslim sentiment has created a dangerous environment for all faiths – not just Muslims or Sikhs,” said Rana Singh Sodhi, brother of Balbir Singh Sodhi, the first Sikh man killed after 9/11.

“Truthfully, religious liberty and co-existence is at risk, and this interfaith effort to address these issues is more critical now than ever before,” he said.

The coalition, rooted in the belief that America’s strength comes from its diverse heritage, also launched an innovative project called “Know Your Neighbour” calling on all Americans to share their own beliefs as well as understand and respect those of others.

“We are a nation of Christians, Muslims, Jews, Hindus, Sikhs, Buddhists, non-religious people, and more. We live and work together and we need to have faith in each other,” said NSC executive director Gurwin Singh Ahuja, who has designed the project.

Developed after extensive research, including NSC’s “Sikhs in the United States” report, Know Your Neighbour seeks to protect and strengthen the fabric of one of the most religiously diverse countries in the world.

“Americans know that minority religions, such as Sikhism, Islam, and Hinduism, exist in the United States yet they don’t realise that they are their neighbors, friends and coworkers,” said Rajwant Singh, senior advisor to the NSC.

“If we can make that realisation for those who are unaware, we are bridging a major gap towards tolerance and acceptance.”

Indian-American surgeon aims to save lives on Indian roads