Musicians who enhanced and enriched each and every kriti included Ravi Subramanian on the violin, Suresh Kothandaraman and Amit Narayan on the mridangam, Prashanth Kallur and Jayashri Venkat on the flute, Usha Venkatachalam on the Veena , Vikash Achutaramaiah on the morsing and kanjira.

The afternoon segment began with senior students paying homage to Saint Tyagaraja and concluding with Brindavani Tillana, a tribute to Dr. Balamurali Krishna.

Smriti & Archit Suresh contributed their talents in accompanying on the mridangam and  kanjira. 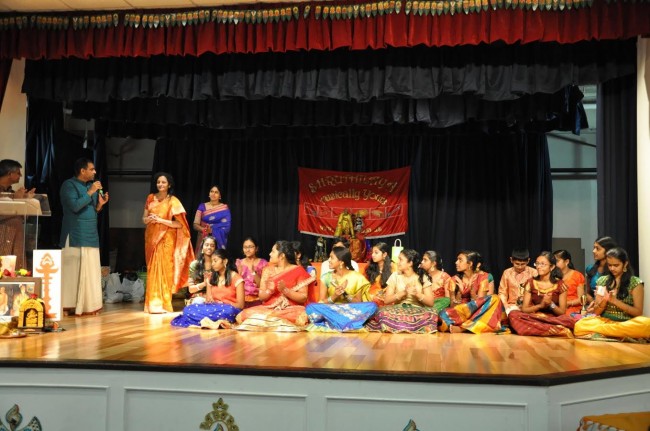 Children were awarded prizes based on their performances and skills.

Excellence and recognition awards were given to selected children based on their consistent progress through the year.

The sound system was well managed by Neal Geidd.