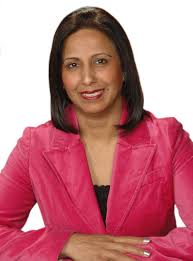 When Canadian Prime Minister Stephen Harper was speaking at about 9.30 a.m. Wednesday in a caucus room of parliament, we heard a couple of shots. We were not alarmed as we thought some construction work was going on. Then, more shots were heard and we were alarmed, more so as the Prime Minister was in the room, standing and speaking.

I heard close to 30 shots, being fired one after another. We all were alarmed and the first thing we did was to huddle in a corner as sitting there could have made us direct targets. Many of our colleagues stood around the the Prime Minister to protect him.

There are three entrances to the caucus room and there is security outside. And that could be the reason that the terrorist, Michael Zehaau-Bibeau, 32, who was killed by parliament’s seargent-at-arms, could have entered the caucus room. It’s the first room you enter from the side of the Peace Tower. Heaven alone knows what could have happened!

We are not allowed to carry with us our smart phones and so I wondered how could I reach my family, how do I inform my loved ones that I am safe. I was praying all the time and also thinking, as were other colleagues, that this is my last day, I am not likely to survive, and praying within myself “God help me, God help me”.

We stayed locked up in the caucus room for over 10 hours as security personnel went to each room, to each corner to secure the entire building. We did not know, as we were prisoners inside the caucus room, how many jihadis/terrorists were there. Were there two, three? We didn’t know who they were and why they chose to attack the Canadian Parliament, the most sacred Canadian institution, the heart of our democratic system.

After many hours, we were allowed to use our smart phones and the first thing I naturally did was to tell my loved ones that we were all safe.

What on earth could have happened had this man entered the caucus room? I dread to think of that.

As soon as I got my phone, I took a few pictures of our caucus room, with chairs and tables all piled up against the doors — that was the only thing we could think of to protect ourselves from inside. There was complete chaos inside the caucus room.

We have a couple of colleagues who are diabetics and they fell down. We all rushed to help them. We were undoubtedly terrorised for close to 10 hours.

Now, after more than 24 hours, I am still thinking that had the terrorist entered our room, he would have killed all of us.

Personally, I think terrorism is now a global phenomenon and democratic societies are under attack. We have to fight them back. Our government will soon introduce a legislation to fight terrorists and extremists within our own country. Those who killed an innocent Canadian reservist on duty at the War Memorial, in close proximity, is part of what we call home grown terrorism.

I pray on this auspicious day of Diwali that it never happens again, that, God, I do not have to go through this experience ever again in my life.

(Nina Grewal was all emotional as she talked over the phone from Ottawa. She was literally crying 24 hours after her experience. She was completely shaken.)

(Nina Grewal is a Canadian politician of Indian origin in the Conservative Party.)