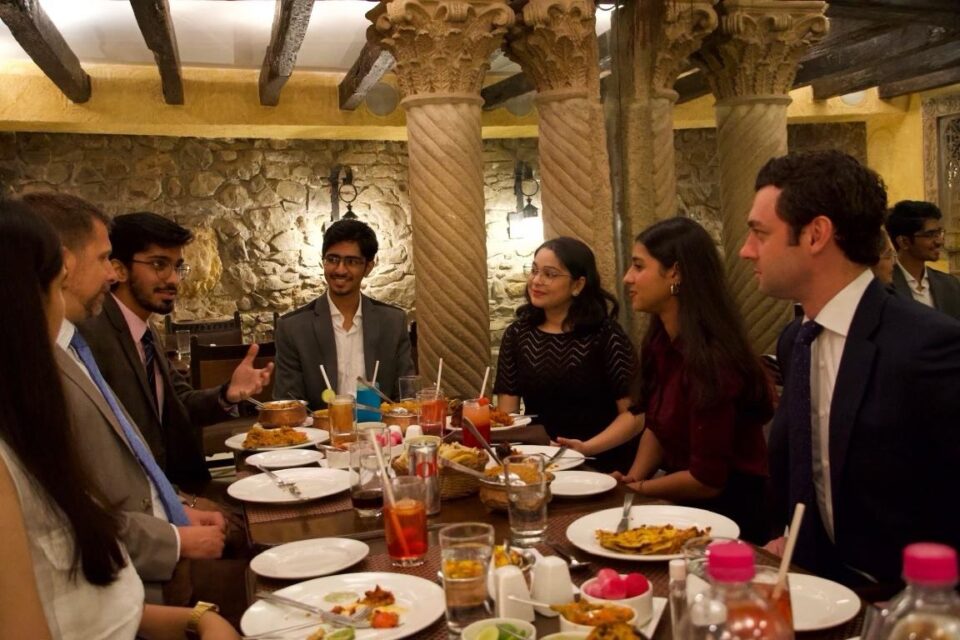 Senator Ossoff, a former journalist and documentary film producer elected from the state of Georgia, held a lively discussion with students of Jai Hind College in an attempt to hear from the young people of India on the challenges confronting their generation.

He also met the EXIM Bank Managing Director Harsha Bangari and other top officials to discuss the prospects of FDI opportunities in the US and trade relations between India and the state of Georgia.

Ossoff, 35, the youngest current sitting Senator, called on senior executives of the Mumbai-based Aditya Birla Group (ABG) to discuss its investments in Georgia and how to further strengthen the relations between his home-state and India.

The ABG is the parent company of the Georgia-headquartered Novelis and BirlaCarbon and he met Santrupt Misra, Satish Pai, Ila Patnaik and others.

He also confabulated on US-India trade, economic and security priorities with American diplomats in India, including Consul-General in Mumbai Mike Hankey and US Acting Deputy Chief of Mission in New Delhi Brian Heath.

Earlier in June, Osboff called on India’s Ambassador to the US Taranjit Singh Sandhu to highlight opportunities for continued collaboration between the two countries, and addressing top concerns of the Indian diaspora in Georgia.

Incidentally, the largest Hindu temple which opened in the US in July 2007, the BAPS Shri Swaminarayan Mandir, is located in Atlanta, the capital of Georgia state.