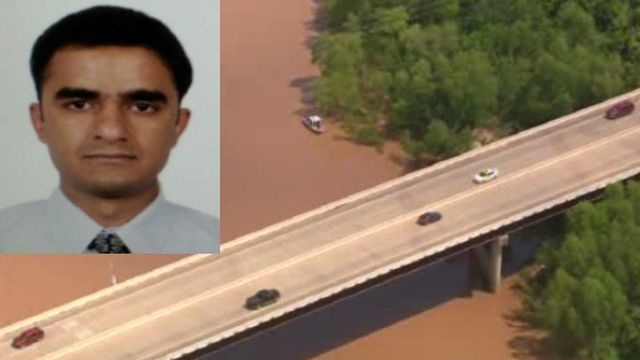 Washington, May 6 (IANS) US authorities continue to search for a good Samaritan Indian American techie who was helping a crash victim when an alleged drunk driver possibly sent him over a bridge and into a river in Texas.

Puneet Nehra, 43, a resident of Sugarland suburb and originally from Noida, Uttar Pradesh, went missing after an accident shortly after 9 p.m. on Sunday on the Grand Parkway northbound on the Brazos river in Fort Bend county.

Tim Miller with Texas Equusearch said high water levels and debris in the water were making the search more difficult.

“The Brazos river is unforgiving, down there where he went in, it goes anywhere from 25 to 48 feet,” he was quoted as saying.

Police believe that Nehra, who had stopped to assist with an accident on the bridge may have gone over the bridge and into the river when an intoxicated driver crashed into the original scene, the news site said.

“We didn’t realize that it had happened until it was time to clear the scene and we had one more vehicle than we had drivers, and that’s when the deputies had to reassess what happened and figure out where he might be,” Maj. Chad Norvell, with the Fort Bend County Sheriff’s Office was quoted as saying.

A family friend told KPRC 2 News that Nehra was on his way back home after picking up dinner for his family when he encountered the crash.

Investigators said the suspected drunk driver, Gregory Kure, of Needville, was arrested. Kure, 30, is charged with driving under the influence.

“If you can envision a sweet and pure soul, willing to help anyone in need, who would open his heart to anyone he saw, that’s Mr. Nehra,” a close family friend Anjali Bakshi-Rami told the news site.

Nehra’s wife and two young children are having a difficult time with this, hoping and praying for the best and asking anyone with information about what happened at the crash site to contact the police, she said.