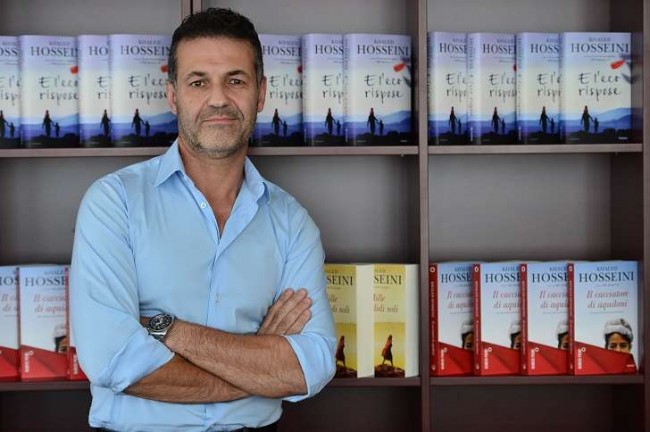 London, Feb 21 (IANS) The author of “The Kite Runner”, “A Thousand Splendid Suns”, and “And the Mountains Echoed” is all set to return with a new book later this year. Billed as a “lyrical and intensely moving story” around the refugee crisis, Khaled Hosseini’s next is titled “Sea Prayer”.

The latest book by Hosseini, who commands terrific readership across the globe, will be published in August to mark the third death anniversary of the three-year-old Syrian refugee, Alan Kurdi, who drowned in 2015 trying to reach Europe amid the European refugee crisis and his body was washed ashore on a Turkish beach.

“We are living in the midst of a displacement crisis of enormous proportions. ‘Sea Prayer’ is an attempt to pay tribute to the millions of families, like Alan Kurdi’s, who have been splintered and forced from home by war and persecution,” Hosseini said in a statement.

Alexandra Pringle, group editor-in-chief at Bloomsbury, signed UK and Commonwealth rights (excluding Canada) to the new title and therefore Bloomsbury will be bringing out the book.

“Written in the form of a letter, ‘Sea Prayer’ is a father’s reflection as he watches over his sleeping son, on the dangerous journey across the sea that lies before them. It is also an account of their life in Homs, Syria, before the war, and of that city’s swift transformation from a home into a deadly war zone,” Bloomsbury elaborated in a press communique.

“Originally produced in collaboration with UNHCR, the UN Refugee Agency, Sea Prayer was first released as a Guardian virtual film on September 1, 2017,” it added.

Alexandra Pringle said that Bloomsbury was “very proud” to be working with Hosseini to create “a beautiful book from his lyrical and intensely moving story, a book to be cherished by people of all ages all over the world”.

Hosseini will donate the author’s proceeds from this book to the United Nations High Commissioner for Refugees (UNHCR) and the Khaled Hosseini Foundation to help fund life-saving relief efforts for refugees around the globe.

“Sea Prayer” will be available in the UK and the Indian subcontinent on August 30.