Atlanta, GA: TriPath Media recently announced its inaugural 2014 “Saris to Suits” calendar scheduled to be released globally in October to draw attention to the plight of downtrodden women, aid victims of domestic violence, and inspire the next generation. Organizers wish to feature 12 role models who are well educated, accomplished, civic minded and more than “a pretty face.” Capturing their essence, the classy calendar is expected to have a cross-cultural flavor and the tasteful photography will mostly take place on paradise-like islands off the city of Sarasota, Fl as the backdrop. 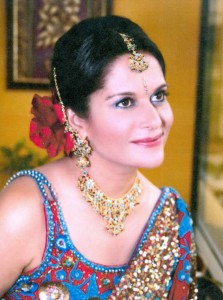 “We want to honor a Harvard graduate who volunteers in the Peace Corps in Nepal; or a woman of strong character who has made great strides inspite of life’s hurdles,” said “Saris to Suits” and TriPath Media Founder Patti Tripathi, one of the first South Asian American journalists to anchor national news despite many hurdles, including a language barrier. Ms. Tripathi could not speak English at age 12.

The hope is the annual calendar will “Inspire and Empower” the future generation to take a stance for equality and against injustice. It is important to note garments such as “saris” or “suits” do not make a person more empowered. Rather the trademark implies these savvy and worldly women travel fluidly between continents, chasms, and communities and serve as a role model for young girls and women.

Tripathi said she wanted to spearhead this project for her own “personal reasons” and after the concerns her family expressed about her scheduled speaking engagements in their birth country, where there have been a series of gang rapes that has caught the world’s attention. A danger warning was issued for women traveling alone, which has considerably reduced tourism to the subcontinent.

“We are very thrilled with the caliber of women who have agreed to partake in the project,” said Tripathi. “They range from network on-air personalities, to political figures, to physicians, to beauty queens with ambition and stellar education- women who are beautiful inside and out.”

Tripathi was born in UP, India, near the Nepalese border and has traveled across the globe and the U.S. as a journalist. She is a graduate of the University of Notre Dame and herself was chosen by a nun and a committee of peers to appear in the original Women of Notre Dame calendar, which benefited a battered women’s shelter. She was also a TiE-Smith Fellow at the University of Maryland business school.

“Raksha hopes that partnering with Sari to Suits, we can wipe away the stigma of addressing domestic and sexual violence in the South Asian community,” said Aparna Bhattacharyya, the Executive Director of Raksha Inc.   “We hope this project will help start dialogues in our community so we can be proactive in ending these forms of violence and work towards stronger and healthier communities.”

“Thank you again for selecting SPARCC as a beneficiary for this project, regardless of the financial outcome, we appreciate the opportunity to spread awareness about domestic violence and sexual assault.” said Jessica Hays, SPAARC Director of Community Awareness.

To become a sponsor for this global call for action please contact : Info@TriPathMedia.com. (703) 371-2007, or visit http://www.saristosuits.com/