In the engaging program emceed by cheerful and confident Lahari Pisike and Sanjana Sidike, ACA committee members remembered and celebrated the many success stories and accomplishments this year. The audience was also regaled with captivating songs, dances, quizzes and performances on musical instruments like the clarinet by young performers. And while the gathering was relishing spicy snacks, Viraj Vaghela energized the audience with his rendering of the popular ‘Champions’ song. Quizzes were also a lot of fun.

ACA cricket coach Anand Tummala gave an absorbing talk on the role of parents in nurturing and supporting children’s passion for cricket. Awards and trophies were presented to all the committed, upcoming and high performance cricket players. 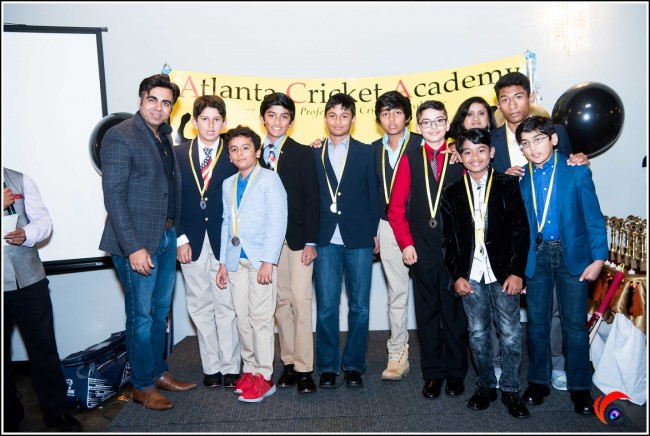 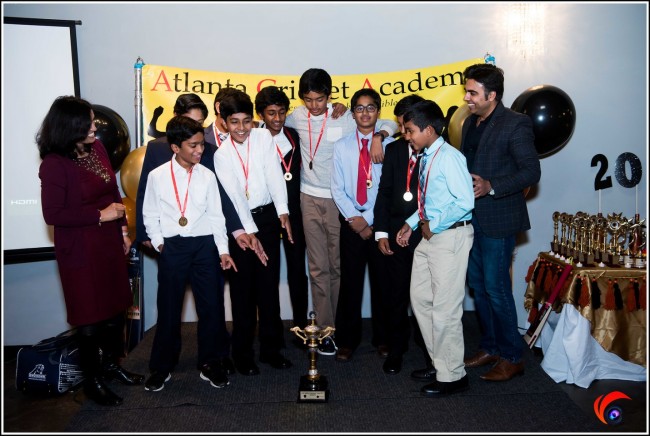 Coach Anand Tummala was also recognized and presented with an award. In his brief remarks Anand, who is a noted cricketer and a highly qualified cricket coach said, “The current period is the best time for cricket in the U.S. Cricket is gaining popularity here.The International Cricket Council is responsible for the organization and governance of cricket’s major international tournaments, most notably the Cricket World Cup. More countries are participating in cricket competitions. Different formats of cricket matches are gaining popularity so budding talent has many openings now to showcase their prowess. Cricket is driven by cricketers .Coaches, physiotherapists, support staff are in the background but players are center-stage.”

He exhorted the young players to make the most of their youth and to make the most of the opportunity available to them. He commended parents for their dedication, commitment and support in providing facilities, coaching and in arranging competitive cricket matches. Anand then recognized ACA Committee members Venu Pisike, Murali Vijjapurapu; Pravin Vaghela and Deepak Roy (also an ACA Coach), commending them for their selfless and sterling services and calling them ‘four pillars of ACA”. Anand recognized ACA’s cricket coach Alex Camilus who could not be present at the banquet.