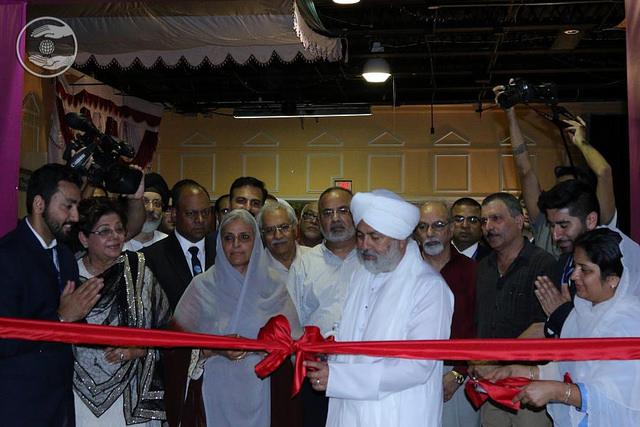 Atlanta, GA: A world without walls is the vision of His Holiness Satguru Baba Hardev Singh Ji Maharaj, who has been traveling across the world, and spreading the message of oneness & love. Headquartered inDelhiand with over 1000 branches all across the world, Sant Nirankari Mission has been one of the few organizations spreading the message of oneness and a world with no boundaries.

A spiritual congregation was arranged in Atlanta at Sardar Patel Bhavan on the weekend of 18th and 19th of July, and the occasion was graced by His Holiness Nirankari Babaji himself. A blood drive was organized in collaboration with Life South along with the congregation.  Sant Nirankari Mission Atlanta has been very active in organizing blood drives that benefit the society as a whole and also go in sync with the teachings of His Holiness that “human blood should flow in veins and not in drains”(Nirankari Baba). 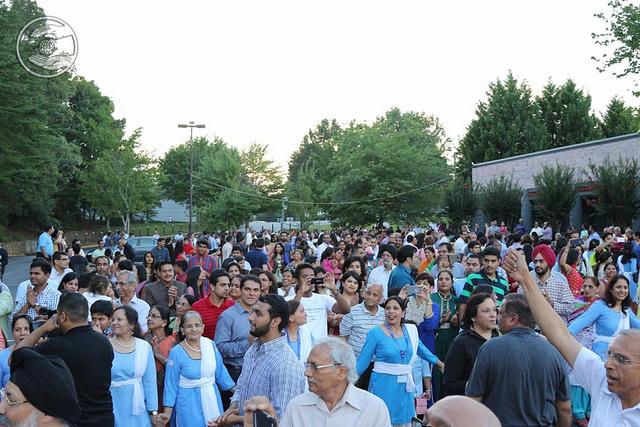 The Atlanta branch also put together an exhibition, which promoted the ideas and the concept of oneness through beautiful handmade pieces and pictures of the work of the mission in different areas, to depict how to make this world a better place to co-exist in.

The congregation started with beautiful devotional hymns along with some beautiful words by speakers who were called upon to share their thoughts on oneness. One of the speakers put across a thought provoking message that we do not have to agree with each other but we can still love and celebrate each other, emphasizing on the teaching of having the virtue of tolerance. In addition, Sally Kader Co-Founder and President of the United States Federation for Middle East Peace (“USFMEP”) and Joy Theriot Director, UN Relations at Global Women for Peace and Unity Foundation joined the congregation and applauded the efforts of mission to spread the message of pulling down the walls and building bridges.

In his discourse, Nirankari Babaji reiterated, how important it was to be the cause of someone’s’ happiness, to make others around you happy rather than just thinking about your own happiness- You cannot brighten up your way by blowing out the candles for others. Nirankari Babaji said it’s not enough to merely have principles but the need is to imbibe those principles in life and walk on that path. He pointed out all the boundaries  that we have created be it gender, caste creed, race or color to differentiate and look down upon others, and how imperative are these congregation in altering that though process and inculcating love and tolerance in everyone. He stated, unless we broaden our horizons, we will continue to hate. The need of the hour is to understand that we are children of one God and that this whole world is one big family. No matter what language is used but the message is the same of being one, and being a human first. His Holiness quoted the example of the calamity that recently struckNepal, where people lost everything but they did not lose the spirit of giving. The loss they suffered did not stop them from helping others in whatever capacity they could, depicting exemplary service to fellow mankind. His Holiness asserted the fact that the love and gratitude should not be limited only to the members of the mission but to everyone around us. We need to break the bondages and chains of hatred as it does not matter whether the chains are of iron or gold they still bind us, and we need to set ourselves free and earn goodness. His Holiness said that we need to shed and let go of our ego to be connected to God. The intolerance towards each other makes us difficult to establish that connection, because you cannot love god unless you love his creation. If you love human beings its clear evidence that you love God was the message loud and clear that His Holiness tried to convey. 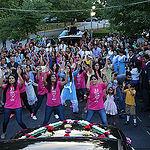 The Sant Nirankari Mission which is also called Universal Brotherhood  is not a religion but a mission for Humanity and a way of life that teaches how to become a human being that God intended us to be.

Nirankari Baba Hardev Singh Ji is respected the world over for preaching the message of human unity, equality and fraternity. He has been recognized for his selfless service and been honored with prestigious awards such as Mahatma Gandhi Sewa (service) Medal and Ambassador of Peace Award. Babaji was also a chief guest in the European parliament comprising of twenty seven nations inFrance, where he spoke about the peaceful & tolerant coexistence of all the different sections of society.