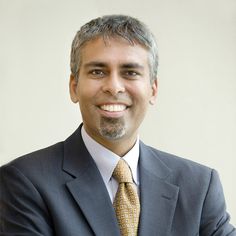 Washington, Jan 16 (IANS) Democratic Michigan State Representative Sam Singh, the first Indian-American lawmaker, will serve as the minority floor leader for the 2015-2016 legislative session acting as a liaison between the Republican and Democratic delegations.

“My position works very closely with the Republican floor leader to make sure, as we discuss policy, that ideas from both sides of the aisle are being heard, and work closely with my Democratic colleagues to make sure our ideas and voices are heard here at the Capitol,” Singh was quoted as saying by the State News.

Although only 49 of the 110 state representatives are Democrats, Singh said things can be achieved working in a bipartisan way. “Last term I think we did a number of good things in a bipartisan fashion.”

Singh, however, acknowledged that working in a Republican-led House of Representatives can be difficult.

“When there is one party in control and they are actually in control of the House, the Senate and the governorship, it is up to their lead, to some extent, to work with us,” Singh was quoted as saying.

“To some degree they don’t have to because they have enough votes to pass their bills without our votes.”

As his second legislative term starts, Singh said he will also reintroduce the expansion of the Elliott-Larsen Civil Rights Act to members of the LGBT community.

The expansion will prohibit discrimination based on sexual orientation, identity and gender.

“You don’t want to have laws in your books or have a perception of your state that is not open, that is not welcoming,” Singh was quoted as saying. “And if that’s the case, we are losing our economic edge.”