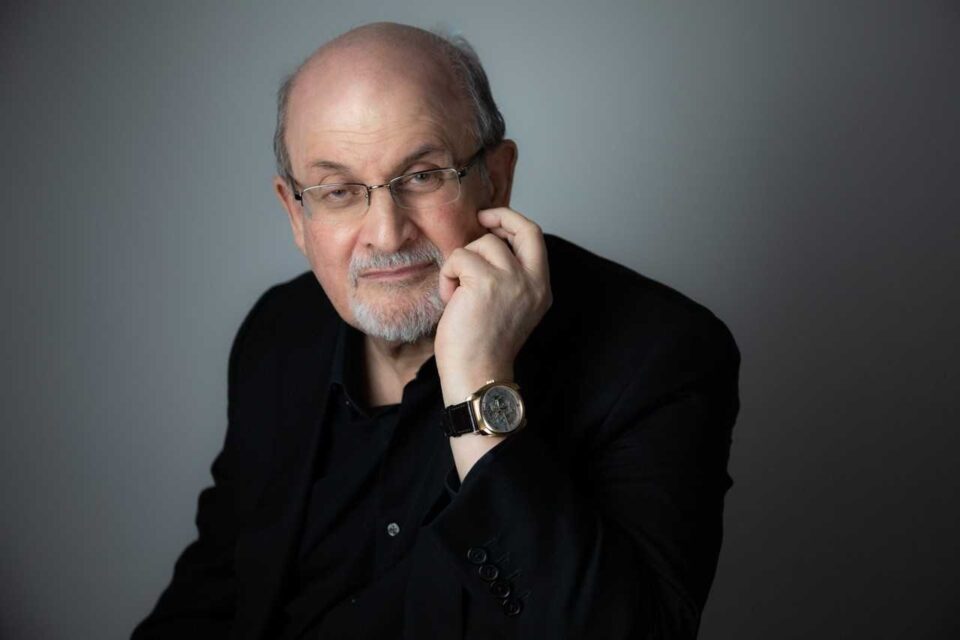 London, Aug 14 (IANS) Author Salman Rushdie has been taken off his ventilator and is talking as he recovers from being stabbed in the US.

British-American writer Aatish Taseer said, in a since-deleted tweet, that the 75-year-old was “off the ventilator and talking (and joking)”, which was then confirmed by the author’s agent Andrew Wylie.

Wylie had earlier said Salman was using the ventilator and could lose an eye after he sustained injuries to his arm and liver in the attack, dpa news agency reported.

The Indian-born Briton, whose novel “The Satanic Verses” led to death threats from Iran in the 1980s, was about to deliver a lecture in New York state on Friday, when he was attacked.

The man accused of stabbing him pleaded not guilty on Saturday to charges of attempted murder and assault.

A lawyer for Hadi Matar, 24, entered the plea on his behalf during a formal hearing at a court in western New York.

Salman was stabbed at least once in the neck and once in the abdomen, according to police, before he was taken to hospital.

Salman began his writing career in the early 1970s with two unsuccessful books before “Midnight’s Children”, about the birth of India, which won the Booker Prize in 1981.

The author lived in hiding for many years in London under a British government protection programme after the fatwa.

In 1998, the Iranian government withdrew its support for the death sentence and Salman gradually returned to public life, even appearing as himself in the 2001 film “Bridget Jones’s Diary”.

The Index on Censorship, an organisation promoting free expression, said money was raised to boost the reward for Salman’s killing as recently as 2016, underscoring that the fatwa still stands.