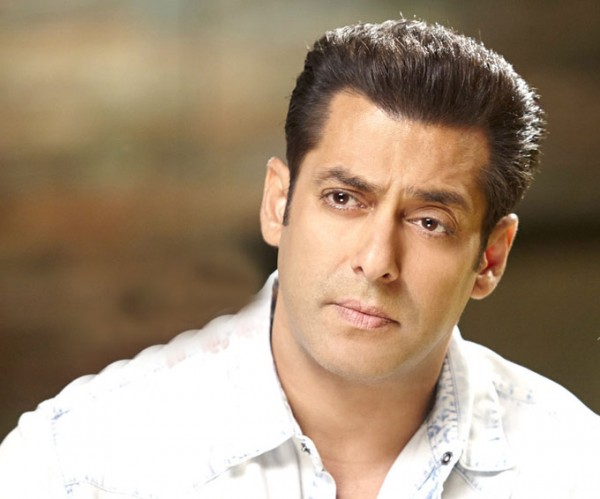 Mumbai, March 27 (IANS) Bollywood actor Salman Khan on Friday told a Mumbai court, conducting his retrial in the 2002 hit-and-run case, that he was neither driving the vehicle at the time of the accident nor was he drunk. The accident killed one and injured four other pavement dwellers.

“The evidence against me is false,” Salman Khan, 49, testified before Additonal Sessions Judge D.W. Deshpande. He was recording his statement under Criminal Procedure Code Section 313, which is a crucial phase in the ongoing re-trial of the accident case.

Salman Khan said his driver Ashok Singh was at the wheel of the SUV which rammed into the American Express Bakery in suburban Bandra in the early hours of September 28, 2002.

Moreover, denying his police bodyguard the late Ravindra Patil’s evidence, the actor said he (Patil) was sleeping at the time of the accident.

During the course of recording the statement, Judge Deshpande posed Salman Khan over 415 questions over more than three hours in the court in the presence of public prosecutor Pradeep Gharat and the actor’s lawyer Shrikant Shivade.

When Judge Deshpande pointed out that “your bodyguard Ravindra Patil had said you were driving the car and your friend Kamaal Khan was sitting behind, what do you have to say to this?” Salman Khan promptly repled: “False.”

During the course of the retrial, the prosecution has produced evidence adducing that Salman Khan was drunk and had consumed liquor without the mandatory permit of the Excise Department, was driving the SUV rashly discarding warnings by the late Patil, did not possess a valid driving licence, and fled the scene after the accident.

Salman Khan denied having consumed alcolol at the Rain Bar in the JW Marriot five-star hotel and said he had only consumed water when he had gone there with his brother Sohail Khan and some friends shortly before the accident.

To a question, he said he was not aware that a permit was required to consume liquor. “I was anyway not consuming liquor,” Salman Khan told the judge.

When Judge Deshpande said several witnesses had testified that Salman Khan was driving and had come out of the right side door (of the vehicle), he replied: “I did sit on the driver’s seat as driver Altaf left and Ashok (driver) was coming… then I moved to the left side… The left door was jammed and hence I came out from the right door.”

He denied as “false” the testimony by one witness, Munnu, that Salman Khan was drunk and fell down, got up and again fell.

He also termed as false Bala Shanker’s evidence. Bala Shanker had tested Salman Khan’s blood, and said 62 mg alcohol was found in the actor’s sample which was above permissible limits. Salman Khan said Bala Shanker was not a chemical analysis expert and had not followed procedures prescribed for the blood examination.

To Judge Deshpande’s question that a Regional Transport Office (RTO) official had said Salman Khan did not possess a driving licence, the actor said this also was “false”. On whether he ran away from the accident site, Salman said: “False… I was there for 15 minutes and I instructed the driver to inform police and also help the victims.”

Replying to another question, Salman said he was not arrested by police from a lawyer’s home, but he had actually surrendered to police a few hours after the accident.

Salman Khan’s statement recording ended on Friday and Judge Deshpande has allowed him to examine the defence witnesses from Monday, March 30.

Earlier Friday morning, Judge Deshpande directed the media to report only facts and refrain from discussing the merits and demerits of the prosecution and defence.

His directives came on a plea by the actor seeking a ban on the media during the scheduled recording of his statement in the case on Friday.

The court rejected the plea but directed the media to report only after Salman Khan’s entire statement recording is completed.

“You all are here… Please report facts only… what is happening in the court. Do not discuss merits and demerits of the statements made in the court… Leave the job of judgment to me,” Judge Deshpande said.

He also directed the media to refrain from opinionating in the matter and stick to plain reporting of the actual proceedings before the court.

Salman Khan’s lawyer Shrikant Shivade brought to the court’s notice that often there are panel discussions on the issue on television channels where people give their opinions.

“This affects the case as often merits and demerits are also discussed,” Shivade pointed out.

Sporting a white shirt and blue jeans, Salman Khan arrived at the court around 11 a.m., and his deposition started after about half an hour with his sisters Alvira and Arpita and his personal bodyguard Shera accompanying him, besides a team of lawyers and personal assistants, and a battery of media covering the proceedings.