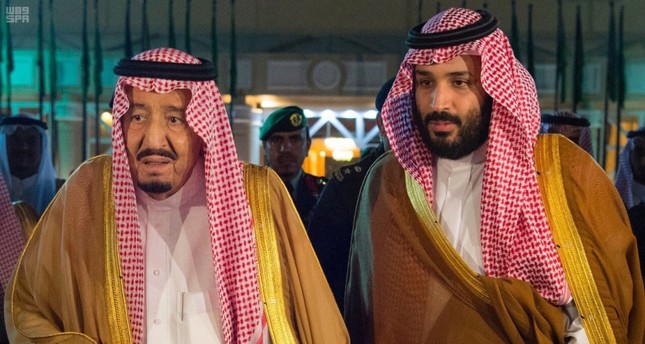 New Delhi, March 6 (IANS) Saudi Arabia’s powerful Crown Prince Mohammed bin Salman, who was in India recently and is known to share good ties with Prime Minister Narendra Modi, is rumored to be on a collision course with his father King Salman bin Abdulaziz Al Saud.

The development holds the prospect of derailing some of the reforms initiated by the ambitious Crown Prince, referred to as “MBS”.

It is not known what has triggered the reported clash. Mohammed bin Salman has been under intense scrutiny since the killing on October 2 last year of Jamal Khashoggi, a plain spoken acolyte-turned-dissident of the MBS regime who worked for the Washington Post.

Khashoggi’s body was never found and the reclusive kingdom, out of which news of the rulers comes only in driblets, has been on a long damage limitation exercise. It is said that King Salman’s intervention in the matter has restored a semblance of order in the matter.

India would be watching the developments with interest and some unease. When the Saudi Crown Prince was in India in February, the joint statement said terrorism and extremism was a common threat to both the nations. The Saudis, for their part said they would cooperate with India on every aspect, including intelligence sharing.

It is believed that the invitation extended to India to address the Organization of Islamic Conference (OIC) in Abu Dhabi recently showed the success of Modi’s diplomatic outreach in finding support within the Arab world for India’s battle against Pakistan-based terror.

Indeed, this has been a complex manoeuvre for the Modi government and started soon after it came to power in 2014. Because of the high stakes involved, India has been guarded in flaunting this relationship.

Anything that upsets this delicately nurtured relationship could not work in India’s favour.

Soon after returning from India, MBS signed a decree as “Deputy King”. Matters are believed to have reached a flashpoint when the King on a visit to Egypt was reportedly alerted about dangers to him and changed his entire security detail and refused Egyptian security.

The first rumours of a difference of opinion between King Salman bin Abdulaziz Al Saud and MBS took place against the backdrop of the spectacular palace putsch where powerful princes were incarcerated at Riyadh’s Ritz-Carlton in a brazen buy-your-freedom crackdown.

However, not much happened then because MBS was consolidating his power base at the time, was seen as a reformer and had been given a free hand by his father.

There are uncomfortable memories attached to the Saud family. In 1975, King Faisal was killed by his half brother’s son.