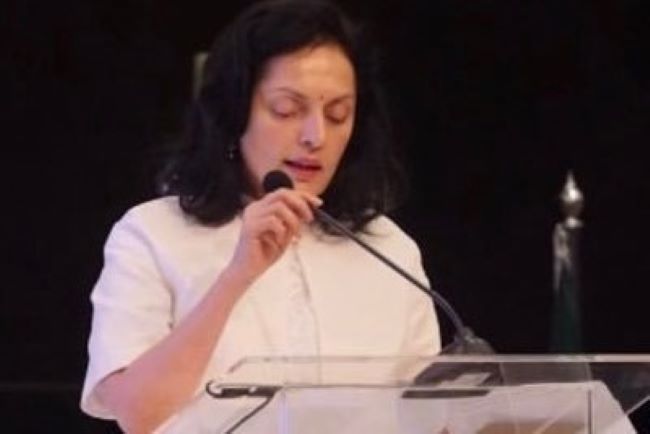 United Nations, Aug 2 (IANS) Ruchira Kamboj took over as India’s Permanent Representative to the UN – the first woman to hold the position – on Tuesday after presenting her credentials to Secretary-General Antonio Guterres.

Earlier she tweeted: “It is my deepest honour to serve my country in this new position”.

Kamboj will take her seat at the Security Council, where India is an elected member, at a time of heightened international tensions following the Russian invasion of Ukraine with the body hobbled by permanent members’ veto powers.

As the Indian envoy, she will have to deal with the intense pressure the country is facing from all sides over its independent stand on Ukraine, neither backing Russia nor unequivocally condemning it, and having to frequently reiterate the position in speeches and votes at the UN.

Kamboj is scheduled to preside over the Security Council in December.

On Security Council reforms, an important issue for India, she has special expertise having been a member of the team of G4 made up of India, Brazil, Germany and Japan that work together on expanding the Council’s permanent membership.

Kamboj brings to the UN a wide range of experience with multilateral organisations, including stints as a Counsellor at India’s mission in New York, Permanent Representative to the UNESCO in Paris, and deputy head of the Office of the Commonwealth Secretary-General in London.

A Indian Foreign Service officer of the 1987 batch, she was Ambassador to Bhutan before assuming her new role.

Earlier, she had been the High Commissioner in South Africa and was also the chief of protocol.

She succeeds T.S. Tirumurti who has retired from the foreign service.

Coming after 21 Indian representatives at the UN, she is the first woman to be the permanent representative, although Jawaharlal Nehru’s sister Vijaya Lakshmi Pandit had been designated the chief delegate to the General Assembly twice.

Covid symptoms can rebound in some without Paxlovid, says Harvard study led by Indian American scientists