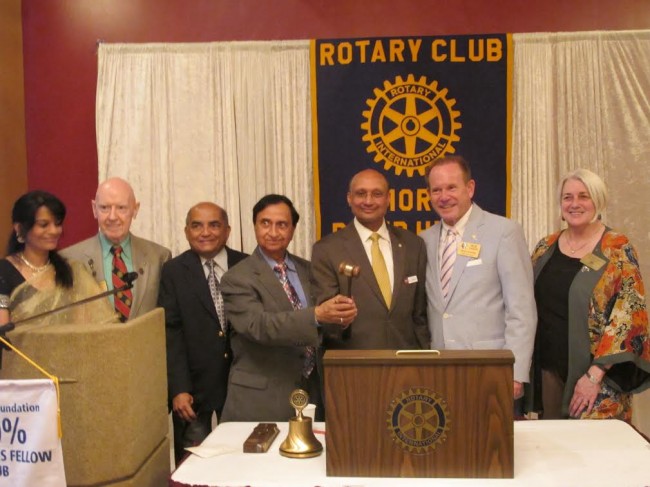 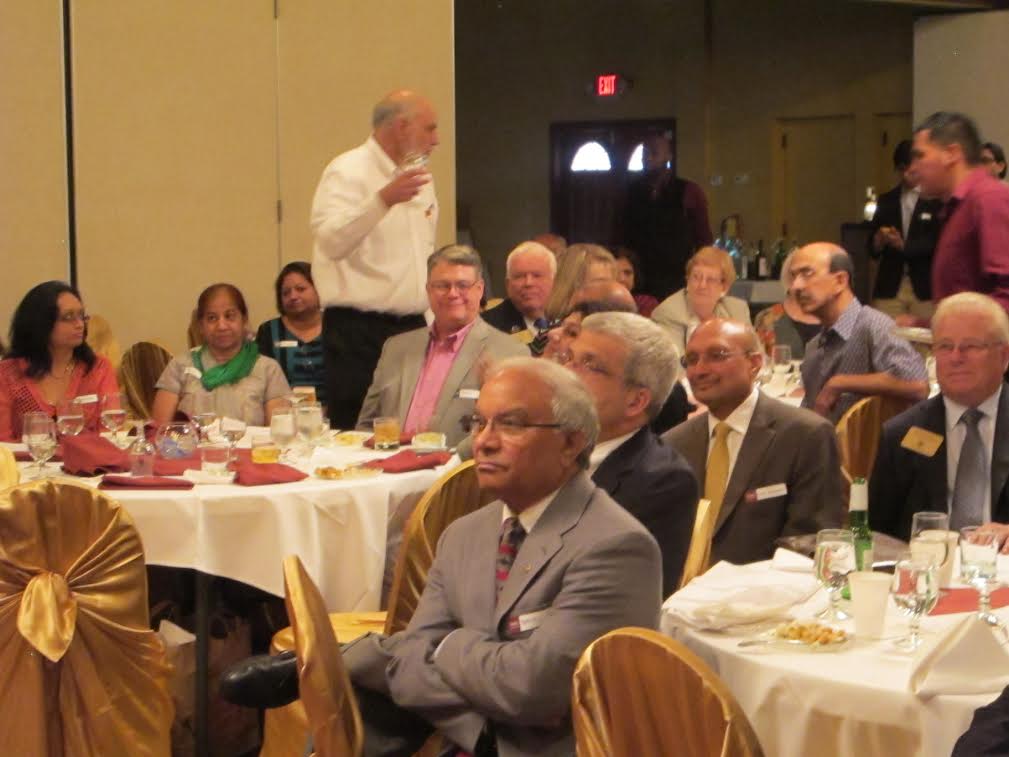 Chandler Sharma who is a Rotarian since 1984 and outgoing president of the club presented a review of the performance of the club for the last one-year. He said every week he looks forward to Wednesday meetings. He informed the gathering that Rotary club of Emory Druid Hills (RCEDH) has great talent and skills and has done great things in building peace and humanitarian projects. RCEDH is a small club, but has taken up many humanitarian projects.

Later on Rotarians Ravi Devulapalli and Ravi Chander presented a glimpses of projects which RCEDH has undertaken not only here in USA but also in India. Chandler Sharma appealed to the incoming team to increase and sustain membership. “Make the club more active and more successful,” he said. He said that the club has become a 100% Paul Harris Fellow club. Finally he appealed Rotary members to make the club activities and achievements known to the community and encourage them to join the club to help strengthen the club activities.

After installing Shiv Aggarwal as the president of RCEDH, Norcross city Mayor, Bucky Johnson said Rotary is a great organization doing a fantastic job at the international level.

“You had a good one,Chandler, and you will have another good one, Shiv Aggarwal as president of the club,” Mayor Johnson said. “As Mayor, I meet lot of good people. I get to see things in action. I see leaders in action. They are very effective. I work with Shiv Aggarwal together in Gwinnett village CID that cover parts of Peachtree Corners, Lilburn, Norcross and parts of unincorporated Gwinnett. Shiv Aggarwal is the chairman of Gwinnett village CID since its inception. Of course, Global Mall is a cornerstone of our community and gathering place for many communities.”

Shiv Aggarwal, in his acceptance speech said he was excited about the great honor of being the president of the club. He assured fellow Rotarians that he would do his best as president.

In his remarks, Rotary District Governor elect Bob Hagan commended and appreciated the club’s achievements and in particular, the clean water projects taken up inIndia.

Each year, the club elects a new board of officers to lead the club from July 1 through June 30 of the following year.

Rtn. Dr. Nazeera was lively and engaged audience through out the proceedings as emcee for the event.