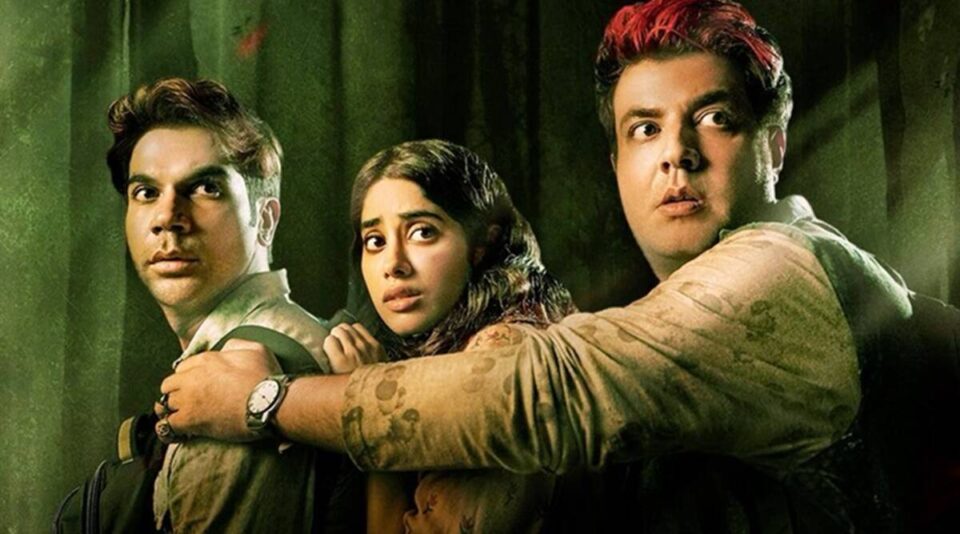 Stree was smart stuff, Roohi seems like random fare. The comparison had to crop up, the only reason the producers seem to have made Roohi is because they struck gold with Stree. Blending horror with humor looked so easy in Stree. Clearly it isn’t, you realise watching Roohi.

It doesn’t take you long to understand why Roohi slips, despite having a core idea that could have been molded into a winner. The film lacks imaginative storytelling. Stree, scripted by Raj and DK, struck a fine balance crafting the dicey sub-genre of horror comedy, at the same time delivering a societal comment without getting preachy about it.

In contrast, Roohi writers Mrighdeep Singh Lamba (he wrote and directed the Fukrey films) and Gautam Mehra struggle from early on. The few good jokes are sporadic, the jumpscares aren’t jumpy enough, the mix of scares and slapstick seems half-baked all along, and the ‘message’ isn’t one you would fancy in this sort of a mainstream entertainer.

The spot of message concerns ‘pakdai shaadi’, or the practice of kidnapping girls to forcibly marry them off. A ‘firangi’ journalist (Alexx O’Nell) arrives in the village of Bagadpur. He wants to film such a ‘shaadi’, and so he ropes in Bhaura (Rajkummar Rao) and Kattanni (Varun Sharma) for assistance.

The girl they pick is Roohi (Janhvi Kapoor), apparently a demure soul. It becomes clear soon enough that Roohi is not quite normal. The narrative sets up a bizarre tangle of love from this point that ought to have regaled. It doesn’t, despite an early promise to build on what seems like a creepy entertainment quotient. The film never really comes alive.

Hardik Mehta came into focus last year writing and directing the OTT-dropped film Kaamyaab, and then collaborating on the web series Paatal Lok as a scriptwriter. With Roohi, Mehta misses out on the ability to engage his audience the way he did with those earlier efforts. Roohi simply fails to intrigue. You get the feeling Mehta is way off the mark he set out to scale with this one.

Once it tries to get going, the narrative frequently runs out ideas on how to sustain interest and stock scare tricks are thrown in. Ketan Sodha amps the background score a few notches, Amalendu Chaudhary tries giving his overall grungy cinematography a darker shade. When absolutely all reasons for the film to exist have been exhausted, a weird twist ends the tale. It’s all supposed to keep pushing an overall sloppy effort (highlighted by Huzefa Lokhandwala’s slack editing) from time to time. The bane of a horror film is its utter inability to leave a lasting impact.

It boils down to the cast, for whom the ticket-paying audience would primarily venture to the halls, hazarding Covid. Rajkummar Rao tries outdoing a poorly-scripted role as much as the expectation he carries (because most buffs would identify Roohi as the new horror comedy starring Rao after Stree). Varun Sharma manages to be the most entertaining among the cast members, his comic timing underlining some of the highlight moments of an otherwise forgettable film.

Janhvi Kapoor looks bored when she is shy girl Roohi, and burdened by prosthetics when she has to act ghostly. Her best bits as far as this film goes are her two dance numbers, Nadiyon paar and Panghat, which you might have already seen on the tube or on social media. She sizzles in both dances, reminding that she has imbibed a bit of the Sridevi magic.

Sadly for Janhvi, there is a whole film of 134 minutes running beyond her two dances, which doesn’t add up to much.

Kamala Harris to participate in Quad summit with Modi