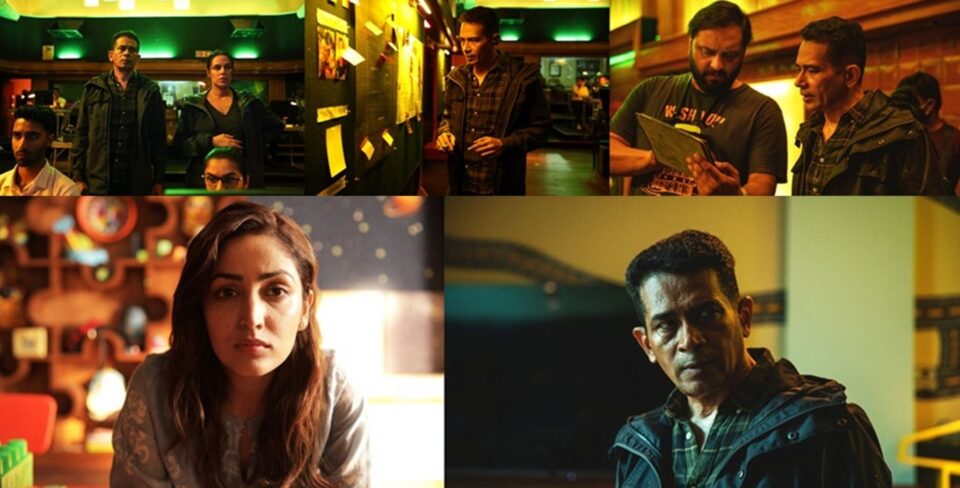 ‘A Thursday’ is a suspense drama showcasing a citizen’s desperate cry for justice.

The film revolves around how Naina Jaiswal (Yami Gautam Dhar), an enterprising teacher running her playschool called ‘Little Dots’ for young children in a flat belonging to her fiance Rohit Mirchandani (Karanvir Sharma), resorts to desperate measures to make her voice heard and get justice.

It’s a Thursday Naina cuts short her holiday and returns to work a day before her birthday with a motive.

After seeing off all adults from the playschool’s premise, she calls up the police station and informs them that she is holding sixteen children as hostages, and she has a few demands.

Much before the police could turn up, Naina manages to hold two more adults as hostages. One is the driver, who was assigned to bring in the cake and sandwiches for the party, and the other is Savitri, the assistant at the playschool, who had returned to pick up her phone, which she had forgotten.

The momentum of the story accelerates when a heavily pregnant and ruthless ACP, Catherine Alvares (Neha Dhupia), lands up with her team at the doorsteps of the playschool. The atmosphere is tense, with concerned parents and the media curious to know Naina’s demands.

At the very onset of the police negotiations, Naina makes it clear that she would release a child after the fulfillment of each of her demands. Her first request is to negotiate only through Alvares’ junior Javed Khan (Atul Kulkarni).

Being obstinate, Naina gets her way through with her first two demands. But as her third and subsequent demands are laid forth, we realise that she is sending out strong messages, through her personal experience, about the malaise that’s plaguing our country and about the flaws in the system.

Yami Gautam, as Naina delivers her chops earnestly. She is unimposing in her disposition which is why her character does not connect with the audience emotionally.

Dimple Kapadia as Prime Minister Maya Rajguru is a bit flat and muted. She is unimpressive and not convincing as the charismatic leader who can bring about a change in the country.

Coasting along on its stretched star cast and good intentions the ‘stitched-together’ plot is derivative, influenced by films like 2008 released ‘A Wednesday’ and 2016 released ‘Madaari.’

The film begins on an innocuous note and hits the inciting moment immediately but gradually one notices a few cinematic liberties taken over crucial moments which makes the telling casual and unrelatable. Also, Naina’s motive, ignited by a Deux ex Machina, though making the tale plausible, does not give a strong enough reason to mount the film- thus the entire set-up appears perfunctory.

Also, most of the scenes appear like oft-seen set pieces. It is every bit as generic as it sounds. Overall, the film fails to introduce any surprise, suspense, or humour.