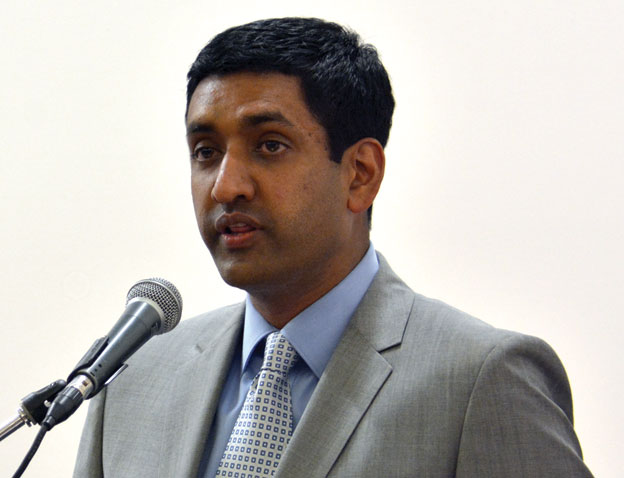 In the Democrats-only tussle, the 38-year-old Khanna, a former Obama administration official conceded after he and Honda agreed it would be impossible to reverse the 73-year-old veteran lawmaker’s 4,000-plus vote lead, the San Francisco Gate reported.

Thousands of votes still remained to be counted in the district, which spreads from Fremont through part of San Jose and over to Santa Clara, Cupertino and Sunnyvale.

While Khanna won endorsement and financial support of many well-known tech executives, Honda was buoyed by support from the state Democratic Party and big-name Democrats including President Barack Obama.

California Governor Jerry Brown also pumped campaign cash into TV ads attacking Khanna during the final two weeks of the campaign, according to the Gate.

Speaking to supporters at his Fremont campaign headquarters, Khanna thanked his staff and volunteers and said he had called Honda and “wished him well as he returns to Washington for another term”.

“This long campaign has come to a close,” Khanna was quoted as saying.

“I believe, more than ever, that our district has so much to offer in building a fair and prosperous economic future for our nation in the 21st century. Our work is just beginning.”

Khanna, according to the San Jose Mercury News, said he was “inspired by the passion both campaigns have shown in this very unique district. The voters are fundamentally fair, open-minded and decent, and I respect their decision”.

Asked about his plans, Khanna said he couldn’t possibly consider whether to run again in 2016 before this election’s votes were completely counted.

Once that’s done, he said, he’ll take some time with his girlfriend and family “for reflection” and then look for ways to “be involved in this community and active… contributing to the issues that I care about”.

Why is India-baiter Robin Raphel under FBI scanner?