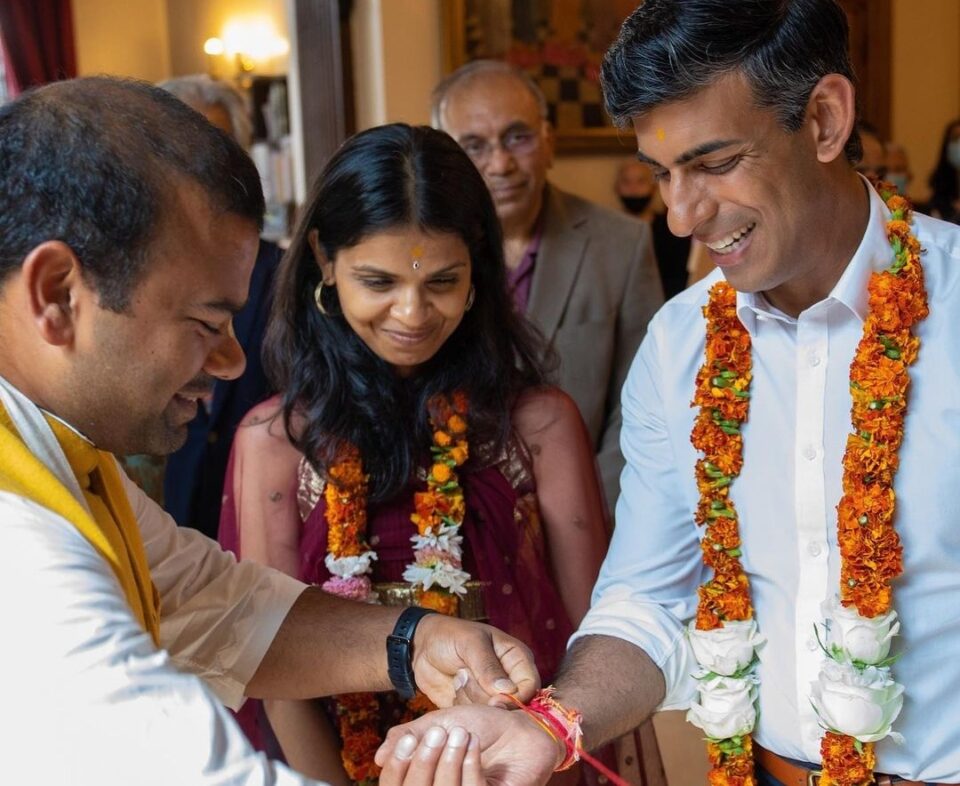 London, Oct 25 (IANS) Rishi Sunak, who will on Tuesday become the UKs 57th Prime Minister, is richer than King Charles III and, at 42, younger than every predecessor except William Pitt the Younger, the media reported.

Sunak will also be the UK’s first ever person of colour to lead the country, and first Hindu Prime Minister, The Guardian reported.

He was born in Southampton in 1980 to Indian parents who had moved to the UK from east Africa. His father was a general practitioner and his mother ran her own pharmacy.

The eldest of three children, Sunak was educated at a private boarding school, Winchester College, which costs 43,335 pounds a year to attend. He was head boy, and has in recent years made multiple donations to the school.

Sunak went on to study politics, philosophy and economics at the University of Oxford. He was awarded a first-class degree. He later gained an MBA at Stanford University, where he met Akshata Murty, his future wife, but where few others remember him, The Guardian reported.

Murty, 42, is the daughter of the Indian billionaire NR Narayana Murthy, often described as the Bill Gates of India, who founded the software company Infosys.

According to reports, his daughter has a 0.91 per cent stake in the company, worth about 700 million pounds.

The couple married in her home town of Bengaluru in a two-day ceremony in 2009 attended by 1,000 guests. They have two daughters, Krishna and Anoushka.

In April this year, it emerged that Murty was a non-domiciled UK resident, meaning she avoided UK taxes on her international earnings in return for paying an annual charge of 30,000 pounds.

Without that non-dom status she could have been liable for more than 20 million pounds of UK taxes on these windfalls, it was reported.

After a public outcry, her spokesperson announced she would start paying UK taxes on her overseas earnings to relieve political pressure on her husband, The Guardian reported.

They own four properties spread across the world and valued at more than 15 million pounds, The Guardian reported.