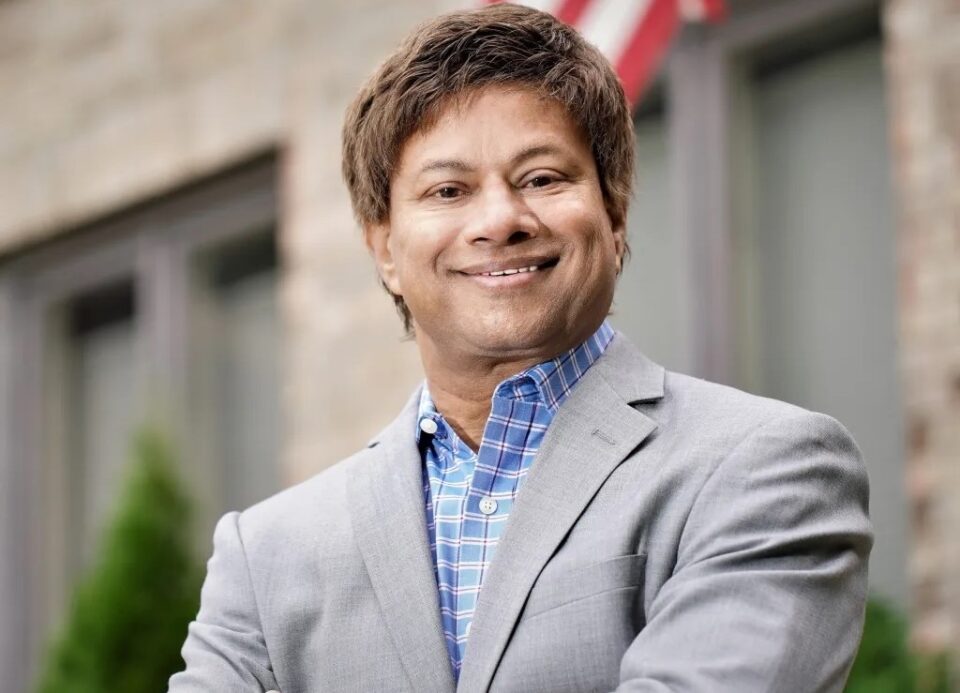 New York, Oct 25 (IANS) US midterm elections next month will almost certainly add a member to the “samosa caucus”, as the Indian Americans in Congress call themselves, with the likely election of Shri Thanedar to the House of Representatives from the Democratic Party stronghold of Detroit.

He could become the fifth Indian American member of Congress if all the other four are re-elected – a very strong possibility, according to forecasts.

An entrepreneur and self-made millionaire Thanedar, 67, who was born in Belgaum in India, is an unlikely Democratic Party candidate for the constituency covering a chunk of Detroit, a city that is overwhelmingly African American.

Although the eight African American candidates split the votes in the intra-party election in August for the Democratic Party’s nomination that virtually guarantees success in the general election, Thanedar’s story of coming up from poverty – having once worked as a janitor – to become a successful businessman and his message of economic upliftment for the community struck a chord with party members.

FiveThirtyEight, an election data analysis outfit, puts his chances of winning at 99 per cent against the Republican candidate Martell Bivings, who is an African American.

The four current members of the “samosa caucus” – all Democrats – appear to be comfortably placed for re-election according to polls and analytical forecasts.

FiveThirtyEight rated all of them as “very likely” to win.

One of them, Krishnamoorthi found his constituency located around Chicago in Illinois slightly altered with the addition of some Republican-leaning areas in the redrawing that takes place every ten years.

He has expressed doubts about his chances, even headlining an appeal to his supporters, “I could lose”.

But a poll in his constituency gave him a six per cent lead over Republican Chris Dargis and Politico Forecast had him likely winning while FiveThirtyEight gave him a 98 per cent chance of victory.

Politico Forecast said the constituencies of the other three were “solidly Democratic”.

In California, FiveThirtyEight gave a 99 per cent chance of victory for Ro Khanna who is running against another Indian American, Republican candidate Ritesh Tanden.

It set Ami Bera’s odds in California at 98 per cent and Premila Jayapal’s at 99 per cent in Washington State.

There are also other Indian Americans running for Congress with almost no chance of winning, but could use the opportunity to raise their profile.

They include Republicans Sandeep Srivastava in Texas and Rishi Kumar in California each with a FiveThirtyEight odds of one per cent.

Earlier, in the Republican primary elections to select candidates, Abhiram Garapati lost in Texas and Hima Kolanagireddy in Michigan.

Shrina Kurani, a Democratic, lost the open primary in California.

Sri Preston Kulkarni, who ran for the House from Texas in 2018 and 2020 as Democrat is not running again.

A former diplomat, he lost his election by less than seven per cent of the votes after it was sabotaged by some fellow Democrats with an anti-Hindu agenda who made an issue of his participation in the “Howdy Modi” rally in Houston in 2019 that featured India’s Prime Minister Narendra Modi and former President Donald Trump, and legal election contributions from Hindus.

Another Democrat, Hiral Tipirneni, who lost by less than five per cent in Arizona in 2020 is also not contesting this time.

Thanedar, who is now a Michigan state legislator, ran unsuccessfully for the Democratic party nomination for governor in 2018.

He took out loans to buy a company he worked for, Chemir, and built it from a $150,000 company to one with a revenue of $14 million before selling it for $26 million, according to his LinkedIn page.

He next started Avomeen Analytical Services, a chemical testing laboratory.

He sold the majority stakes in it in 2016 and, according to his campaign bio, retired to get involved in public service to answer “the call to fight for social, racial and economic justice”.

Thanedar said on his campaign site that he grew up in poverty in a family of ten in India and worked in odd jobs to support his family after his father retired.

“I’ll never forget what it’s like to live in poverty, and I’ll never stop working to lift Detroit families out of it”, he wrote.