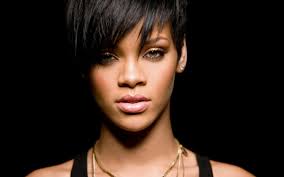 Los Angeles, Sep 4 (IANS) Singer Rihanna is reportedly very keen on seeing an alien movement in the sky and has even hired a man, who will inform her about the movement happening in the sky.

The 25-year-old firmly believes in existence of the extra-territorial beings.

“Rihanna has always been convinced aliens will land on earth in her lifetime. So she started using the man, who calls himself a sky scanner, to give her information from Nevada on anything that relates to sightings,” dailystar.co.uk quoted a source as saying.

The “Umbrella” singer doesn’t mind funding the man for the purpose of finding aliens.

“He keeps in touch with her from the Little A’Le’Inn – a motel which hosts UFO hunters,” a source said.

“It’s also near one of the world’s most secret government bases, Area 51. This isn’t a fad for Rihanna, she is a total believer and doesn’t mind spending her money on it to get results,” the source added.

“His Presence Is Everywhere”