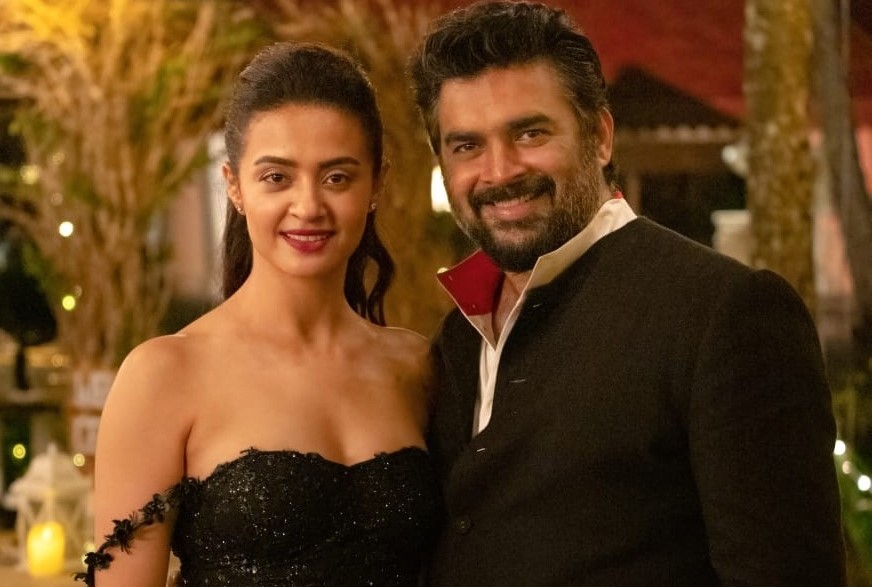 Director Hardik Mehta’s ‘Decoupled’ is a series of outbursts telling us why the couple is separating. Basically, the flow of the narrative appears flatteringly disconnected with funny incidents and thoughts put together.

This eight-episode series begins with disclosing the OCD (obsessive compulsive disorder) of Aarya Iyer (R. Madhavan) a well-known author of pulp-fiction. And gradually as the narrative progresses, his wife Shruti Sharma (Surveen Chawla) complains that he is, “a self-centred, self-absorbed, selfish a***hole, so full of himself.”

He is even portrayed as an inadvertently provocative person who, “Just walks in and f**** with your brains.”

But the fact is, Aarya is just himself – a tactless, misanthropic who hurts people unknowingly. He does not suffer any real repercussions for his actions, so he has no real reason to change.

The series holds your attention for the first three episodes because of the characters and the situation they are in. The gags and its arid humour appearing in silos are purely entertaining, if you’re able to get past the disjointedness of the scenes. But thereafter, the series loses its sheen subsequently.

In every episode there are certain scenes, with no rhyme or reason, just for effects. This is specifically noticed in episode 8 when Mayank, Aarya’s friend and filmmaker, is gagged and bound in the car boot when they are going to Goa. And in Episode 7 when Rohini struts out of her house defiantly in leather outfits…the list is endless.

Madhavan’s portrayal of the character is what makes this series worth a watch. It is the smugness of his character’s shtick that becomes somewhat familiar and your heart bleeds for him, when he tells his wife, “I was happy. I was happy with everything. I was happy with you even. Hey I’m a man. It’s easy for a man to be happy, we’re clinically happy.”

To which his wife replies, “Happy men are just people with low standards.”

He retorts into his mobile phone, “Unhappy women are wives with high standards.”

That’s him, honest and unapologetic. Apart from the husband-wife discontentment, it is his dealing with society at large that makes the telling interesting, especially his social-media one-upmanship.

Madhavan is aptly supported by Surveen Chawla as his wife Shruti Sharma, Sonia Rathee as the air-hostess and Aarya’s love interest, Aseem Hattangady as Mayank, Dilnaz Irani as the Netflix executive, Apara Mehta and Akash Khurana as Shruti’s parents.

Overall, the series is mounted with decent production values and benefits from punchy dialogues and irresistibly charismatic performances from its ace cast, but it is the screenplay of the series that is disappointing.

The Accidental Prime Minister: Nothing accidental about it