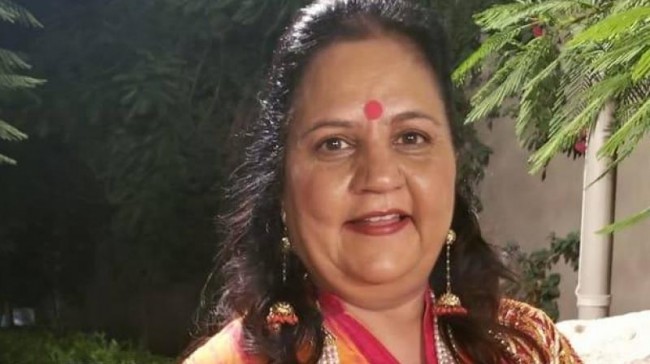 New York, Feb 6 (IANS) A candidate backed by the Republican Hindu Coalition (RHC), Vandana Jhingan, who wanted to challenge an Indian Democratic Congressman is off the primary ballot after officials said they found irregularities in her nominating petition.

But her lawyer, Jeffrey Meyer, said on Monday she is appealing the ruling.

The November general election from the constituency covering some Chicago suburbs could be a contest between the sitting Democratic Representative Raja Krishnamoorthi, who is unchallenged in the March 20 primary, and Jitendra Diganvker, who is now the only one on the Republican ballot, if she is not reinstated.

Officials of the Illinois State Board of Elections declared that Jhingan did not have enough valid signatures on her nominating petition to be on the ballot after they invalidated over 1,250 of them ruling they were not collected properly.

“It was an absolutely absurd ruling,” Jon Zahm, her campaign consultant told IANS. “It was not based on facts and they came up with a crazy theory.”

Under the election system in Illinois, candidates have to first run in the primary elections where registered members of their respective parties vote for the candidate to represent their parties in the general election.

In the constituency known as Illinois District, 8 whites make up 70 per cent of the population and only 12 per cent is Asian, a category that includes Indians.

Krishnamoorthi is the first non-white person to be elected from the constituency that is traditionally a Democratic Party bastion.

The terms of Representatives is only two years, requiring Krishnamoorthi, who was elected in 2016, to run for reelection in November.

He is one of four Indian-Americans in the House of Representatives, all of them Democrats. Kamala Harris, the sole Senator of Indian descent, is also a Democrat.

Krishnamoorthi is a lawyer and a former technology entrepreneur and Diganvker is a businessman with a credit card-processing business.

She announced on her campaign web site that her “candidacy is supported by the Republican Hindu Coalition (RHC), the nation’s most powerful Republican Hindu organisation, which has raised millions for the Republican party and leadership in Washington and Illinois” and that it is committed to giving her “significant financial support.”

Her nomination was challenged by Steven Anderson represented by lawyer Anish Parikh.

Scott Erman, the official who heard the challenge, wrote that Jhingan was “purposely evasive” during her questioning and her testimony was “not credible.”

He also questioned the credibility of some of those who had collected signatures on the nominating petition and said that the filings by her mother, Chenchal Jhingan “contained false swearings.”

Zahm denied the allegations, saying, “They came up with a crazy theory that Vandana and her mother and her husband and her friend did not witness the circulation of the petitions.”

“However, they were not able to produce any conclusive evidence of that absurd theory,” he added. “Our group came up with 59 affidavits that they did witness the signatures going on to the petition pages. The hearing officer totally ignored the evidence.”

Meyer wrote in an email to IANS that the appeal against the decision was filed on January 29 in the Cook County Circuit Court in Illinois.

While Donald Trump was campaigning for president last year, he attended an election rally organised for him by the RHC — the first time a presidential candidate reached out directly to the Indian community.

Republican party fundraiser Shalabh Kumar, who with his wife contributed over $1 million to Trump’s election campaign last year, is the chairman of the RHC.

In addition he gave $1 million to the festivities around Trump’s January swearing-in, according to The Fiscal Times.