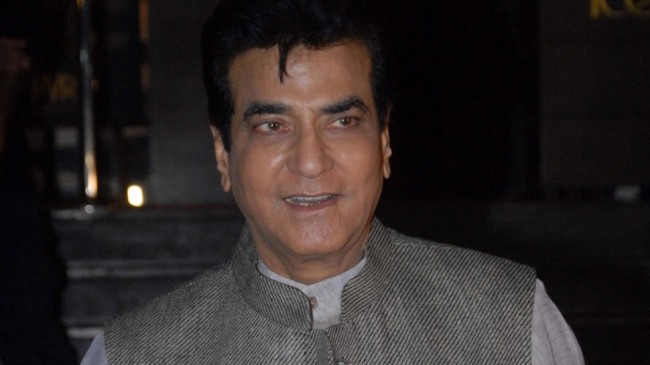 Shimla, Feb 7 (IANS) Veteran Bollywood actor Jeetendra was on Wednesday accused of sexually harassing his cousin, who has come forward to file a police complaint 47 years after the alleged incident.

Jeetendra, whose real name is Ravi Kapoor, is the son of the victim’s father’s sister.

The victim made the allegation in a police complaint filed with Himachal Pradesh’s Director General of Police. A copy of the complaint is with IANS.

As per the complaint, the incident took place in January 1971, when the victim was 18 and Jeetendra was 28. It happened when he “arranged” for the victim to join him from New Delhi to Shimla on the set of his movie without the complainant’s “awareness”.

The victim has claimed that on the night they reached Shimla, Jeetendra returned to the room in an inebriated state, joined the two separate beds and sexually assaulted her.

The allegation comes amid the #MeToo campaign as part of which women have come out about facing sexual abuse at the hands of powerful men. While several ladies have accused Hollywood’s powerful men, the Hindi film industry — while admitting the prevalence of abuse — have not named and shamed as openly.

Jeetendra, now 75, is a well-known name in the Hindi film industry. He is also a film producer, and has daughter Ekta and son Tusshar with wife Shobhaa.