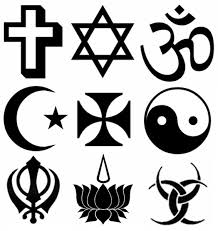 Washington, Sep 13 (IANS) In what may come as a shock to those who think religious affiliation helps a person distinguish between right and wrong, a new study shows that religious people are not likely to do more good than their non-religious counterparts.
To reach the conclusion, researchers analysed 1,252 adults of different religious and political backgrounds in the US and Canada.
The participants were sent five text messages to record any moral phenomena that they had experienced in the past hour via their smartphones.
On average, participants reported one moral experience per day.
“The goal of the study was to assess what role morality plays out in everyday life for different people,” said Dan Wisneski, a professor of psychology at the Saint Peter’s University in Jersey City who helped conduct the study during his tenure at the University of Illinois in Chicago.
They found that religious and non-religious people commit similar numbers of moral acts.
“But religious people reported experiencing more intense self-conscious emotions such as guilt, embarrassment and disgust after committing an immoral act than non-religious people,” Wisneski added.
The study appeared in the journal Science.