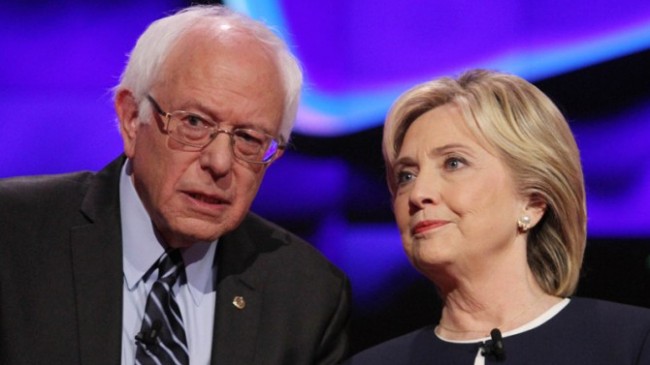 Washington, March 5 (IANS) As Democratic presidential frontrunner Hillary Clinton vowed to punish companies that leave the US, her rival dug out a video of hers saying in India that there are “pluses and minuses” to outsourcing US jobs.

Rival Bernie Sanders’s campaign is planning to widely distribute the video of Clinton on television in India in 2012 in a bid to gain advantage ahead of next week’s Michigan Democratic presidential primary, according to the Washington Post.

Appearing on NDTV during her tenure as secretary of state, Clinton was asked during a town hall-style public affairs programme for her thoughts on outsourcing from the US to India.

“Well, you know, it’s been going on for many years now,” Clinton said on the programme, “and it’s part of our economic relationship with India.”

“And I think there are advantages with it that have certainly benefited many parts of our country, and there are disadvantages that go to the need to, you know, improve the job skills of our own people and create a better economic environment, so it’s, like anything, it’s, you know, got pluses and minuses.”

While Sanders’s camp is prepared to argue that Clinton’s words, spoken abroad, show an insensitivity to the plight of US workers, Clinton’s team suggests what she said is consistent with her view that trade can be a mixed bag, the Post said.

Sanders’s campaign manager, Jeff Weaver also argued that Clinton’s comments in India differed from what she has said about outsourcing during appearances in the US.

In the video, Clinton is also asked about a political ad that President Barack Obama was airing during his 2012 re-election campaign against Republican Mitt Romney that was critical of Romney’s outsourcing of jobs as a businessman.

The hosts told Clinton that the ad is causing “a lot of heartburn” in India.

“Well, it’s an election year,” Clinton responded, adding: “It’s an obligation in an election campaign to talk about what’s on people’s minds.”

She said that Americans who have lost manufacturing jobs are fearful because they “don’t feel like they have any other job possibilities”.

Meanwhile, speaking at a car part manufacturing plant in Detroit on Friday, Clinton pledged to punish companies that leave the US, as she laid out a sweeping plan to boost American workers and enforce trade policies, CNN reported.

In what her campaign billed as major policy address on the economy and jobs, Clinton proposed an exit tax that would punish companies for moving their headquarters overseas while still benefiting from US laws .

“If you aren’t going to invest in us, why should taxpayers invest in you?” she said.