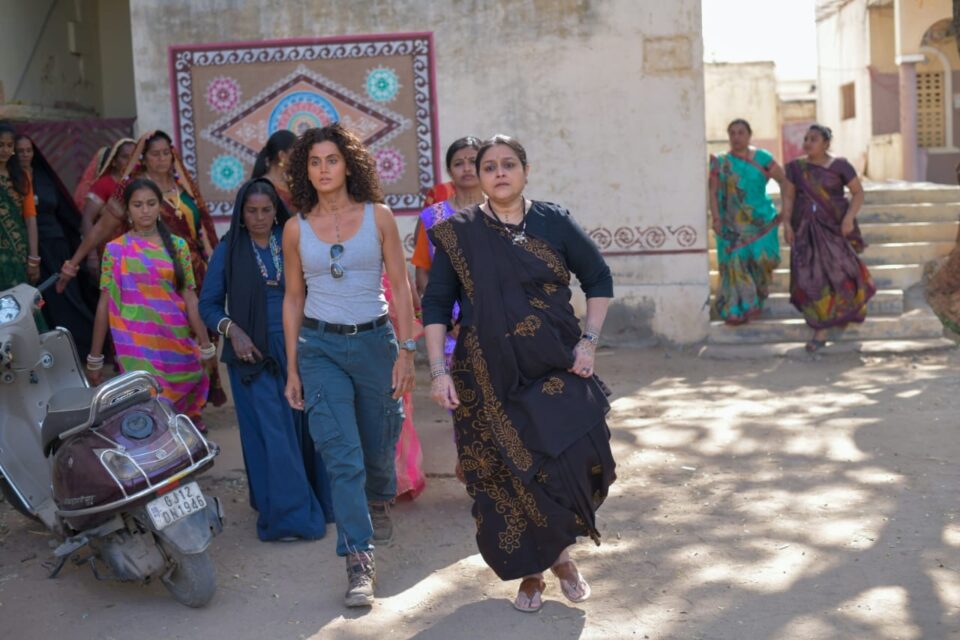 Rashmi Rocket is a scathing sports drama. It is not a story of an underdog but that of a gifted athlete who was subjected to the trauma of gender testing, which has often resulted in social stigma and careers being ruined. The film questions traditional ideas about identity, ability, and competitive fairness in sports.

Taking the lead from the lives of athletes such as Dutee Chand and Santhi Soundarajan, who were banned from participating in official competitions because they have above-average natural testosterone levels, which is considered by some as a sign of intolerance, prejudice, and lack of empathy.

This standard has prematurely ended the career of dozens of athletes and threatens the journey of several world-class runners across the globe. Ironically, male athletes are not limited by their natural testosterone levels to compete.

The film eventually blossoms into something much bigger than just an inspirational film. It works as both a meticulous presentation of the issue and emotional support to the victims of this ancient practice. By its end, its revelations demand nothing short of full-scale dismissal of this antiquated clause in the rulebook.

The screenplay is formulaic. The film begins with Rashmi getting arrested from a women’s hostel, accused of being a man. This sets the premise of the narrative. Getting into a flashback, we are shown the free-spirited Rashmi being brought up in rustic Bhuj, Gujarat.

How the earthquake of 2001 altered her life and how over a period of time she took part in athletic events reluctantly, after being coaxed by her mother Bhanuben (Supriya Pathak) and Gagan Thakur (Priyanshu Painyuli), the military officer who loves her, which leads to the controversy that plagues her.

The film’s second half focuses on the drama in the court of Judge Savita Deshpande (Supriya Pilgaonkar). The proceedings are manoeuvred by rookie advocate Eeshit Mehta (Abhishek Banerjee) and the veteran prosecutor Mangesh Desai (Zafar Karachiwala). The film ends on a note that makes you want more. It’s therefore a bit disappointing.

Tapsee Pannu, who was earlier seen in a sports drama, effortlessly slips into the shoes of the ace sprinter Rashmi, and because of her speed is named ‘Rashmi Rocket’. She is a delight to watch, for she brings the right balance of joy, grit and pain on-screen, displaying every raw emotion of strength, humility, tenacity, vulnerability and audacity to hope in the face of the immeasurable psychological trauma.

Gagan Thakur is the type of best support that anyone needs on and off the screen. The subtle character of a considerate and fearless lover, determined in the face of injustice, was brilliantly played by Priyanshu Painyuli.

Supriya Pilgaonkar, Abhishek Banerjee and Zafar Karachiwala are a refreshing change in the courtroom drama. Though minor characters, they were all well-written and well-played. They were able to add some spark in an otherwise mundane court scene. Supriya Pathak and Manoj Joshi, as Rashmi’s parents, offer nothing exceptional.

The film is well-shot and boasts of good production values. Music, bursting with the flavors of Bhuj, is used fittingly. The songs ‘Ghani Cool Chori’, ‘Zidd’, ‘Rann Ma Kutchh’ and ‘Zindagi Tere Naam’, clearly, stand out in the narrative. Overall, ‘Rashmi Rocket’ is a film worth taking note of.