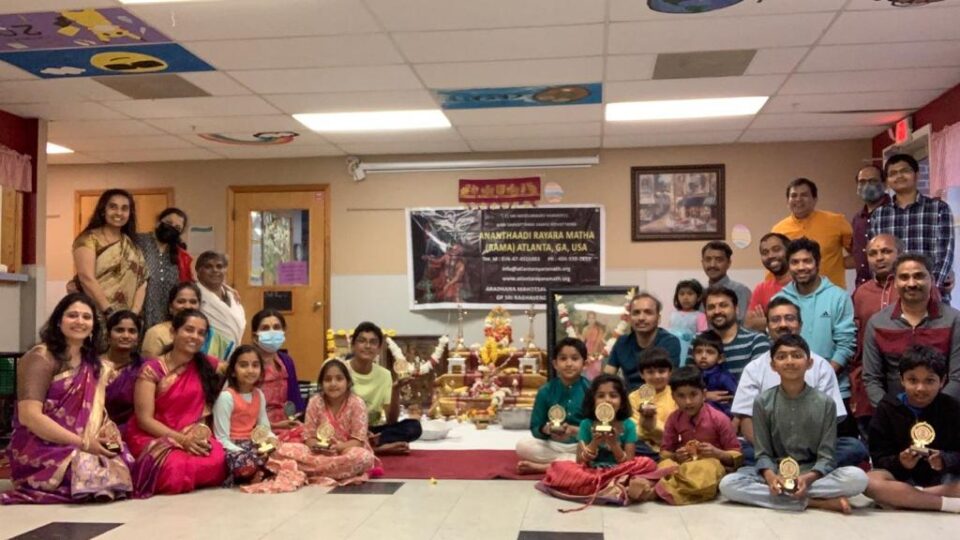 Ugadi, celebrated across India under different names across different states marks the beginning of the year according to the Hindu Calendar. It is festively observed on the first day of the Hindu lunisolar calendar month of Chaitra, which typically falls in April month of the Gregorian calendar.

During the Ugadi celebrations,  teachers of RAMA Gurukula were felicitated. The event also featured Bharatanatyam performance by Heranmayee Barani, disciple of Aparna Sharma.

Narasimha Jayanti is one of the prominent Hindu festivals celebrated to mark the fourth incarnation of Lord Vishnu. Narasimha – a combination of two Sanskrit words, Nara meaning man and Simha meaning Lion, describes the half human half lion avatar of Lord Vishnu. Lord Vishnu is said to have taken this avatar to protect his devotee, Prahlad, from his own father who tried to kill his son, angered by his devotion to the lord. According to the scriptures, Lord Vishnu turned Lord Narsimha during the sunset on Vaishakha Chaturdashi and hence the pooja is done during the same time. Every year, Narasimha Jayanti is celebrated on the Chaturdashi Tithi of Shukla Paksha in the month of Vaishakha.

Observing traditions, sandalwood paste was offered to Rayara Brindavana during Akshaya Tritiya and Parimala prasadam from Mantralyam was offered to the devotees who attended the Sri. Narasimha Jayanthi celebrations.

Pradeep Vittalmurthy, trustee of RAMA talked about overall progress of the activities of the matha. He emphasized about RAMA Gurukula, a virtual school helping students learn Hindu culture. Currently, there are over 75 students ages 3 and 50 enrolled in the classes across USA. He thanked teachers of Gurukula for their commitment and hard work. In addition, Gurukula is offering online Bhagavatgita classes to the devotees across the globe. Interested devotees can contact info@atlantarayaramath.org for more details.

He also thanked all the devotees for their continued support in making RAMA stronger.