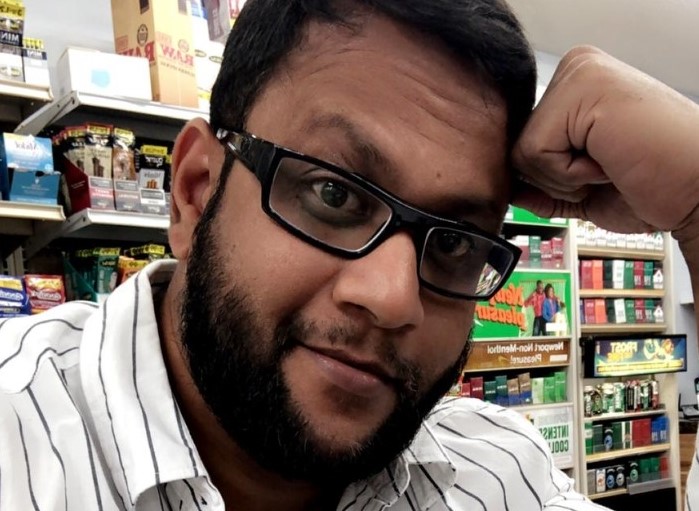 Hyderabad, Nov 3 (IANS) A 37-year-old man from Hyderabad has been stabbed to death by unknown persons in Thomaston, Georgia, his family said here.

Mohammed Arif Mohiuddin, who was running a grocery store, was stabbed when he opened the door of his house at Crawley Street.

The incident occurred on November 1 and his family residing at Chanchalguda in the old city of Hyderabad learnt about it Monday night.

Arif’s wife Mehnaaz Fatima has appealed to Minister for External Affairs Dr. Subrahmanyam Jaishankar to arrange an emergency visa for her and her father-in-law Khaja Mohiuddin to fly to the US to attend the last rites of her husband.

In a letter to the minister, she also urged her to ask the Indian embassy in Washington and the Indian consulate in Atlanta to inquire into his murder.

Arif has been living in the US for 10 years and was running a grocery store. He had last visited his family in Hyderabad about 10 months ago. The couple has a 10-month-old baby.

Mehnaaz said her husband had differences with his business partner. She said her husband last spoke to her on November 1. “He said that he will reach home in 30 minutes and speak to me but he didn’t speak or responded to my calls. Through some friends I came to know that my husband has been stabbed to death and the police have shifted his body to a nearby hospital,” she wrote to Jaishankar.

Majlis Bachao Tehreek (MBT) leader Amjedullah Khan called on the family at their residence and consoled them. He urged Telangana’s cabinet minister K. T. Rama Rao to request the US consulate in Hyderabad to immediately issue visas to Mehnaaz and Khaja Mohiuddin.