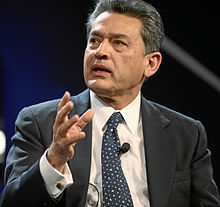 There was “ample evidence” that Gupta was involved in a criminal conspiracy to share confidential information related to Goldman with Rajaratnam, the US Court of Appeals for the Second Circuit said in a 3-0 decision.

Gupta had asked the appeals court to set aside his conviction or at least grant him a new trial.

His lawyers, according to the Wall Street Journal, said the trial judge was wrong to allow wiretaps of Rajaratnam’s cellular telephone into the case, including two phone calls in which Gupta didn’t participate.

“We’re very disappointed in today’s decision… believe Gupta is entitled to a new trial, and are closely reviewing the opinion with an eye toward further review,” Gupta’s lawyer Seth Waxman was quoted as saying in an email to the WSJ.

Gupta, the former head of consulting firm McKinsey & Co, was convicted in June 2012 of three counts of securities fraud and one count of conspiracy to commit securities fraud for allegedly sharing confidential information with Rajaratnam.

He was sentenced to two years in prison but has remained free on bail, pending appeal.

The tips allegedly included information about a $5 billion investment by Warren Buffett’s Berkshire Hathaway Inc. in Goldman at the height of the financial crisis.

The appeals court, according to the WSJ, said Tuesday the calls were admissible because phone records and other corroborating evidence showed Gupta had spoken to Rajaratnam, a close friend, during a Goldman board meeting in September 2008.

As part of the insider trading conviction, Gupta was ordered to pay a fine of $5 million and more than $6 million in restitution.

In a related civil lawsuit brought by the Securities and Exchange Commission, Gupta was ordered to pay a $13.9 million penalty.