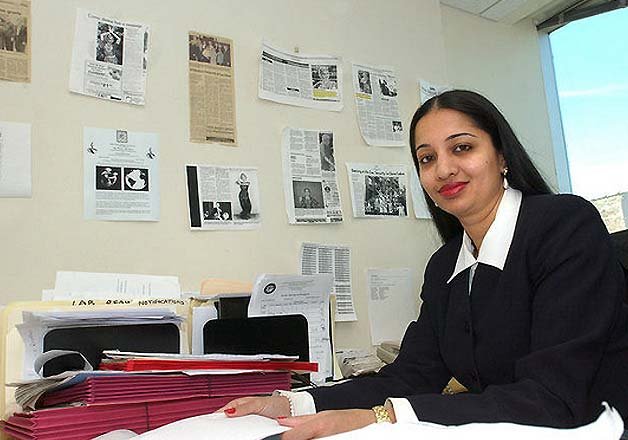 Washington, April 16 (IANS) Chennai born Raja Rajeswari, who came to America when she was 16, has become the first person of Indian descent to be named as a criminal court judge in New York City.

Rajeswari, 43, an assistant district attorney at the Richmond County District Attorney’s office, who was nominated to the bench by Mayor Bill de Blasio, formally assumed her new office Tuesday.

“It’s like a dream. It’s way beyond what I imagined,” she was quoted as saying by silive.com, a Staten Island news website.

“For someone like me, an immigrant who comes from India, I’m beyond grateful,” she said. “I told the mayor this is not only my American Dream, but it shows another girl from a far away country that this is possible.”

Rajeswari, who has worked at the district attorney’s office for 16 years, has been the deputy chief of the Special Victims Unit for more than four years.

She hopes to use her new position to improve the judicial system by encouraging interpreters to have more access to aid immigrants, the news site said.

Rajeswari told ethnic Desi Talk she had observed gender inequality even before coming to the US when some of her “brilliant” girlfriends in India were married off at the age of 14 and 15. “That has always stayed with me.”

As a prosecuting attorney in New York, she has come across numerous cases of spousal and child abuse within the South Asian community in New York, Rajeswari said. “Many of the domestic violence victims have been South Asians, Sri Lankans.”

Besides her legal acumen Rajeswari is an accomplished Bharat Natyam and Kucchipudi dancer who continues to perform at Indian events and temples with her troupe from the Padmalaya Dance Academy, named after her mother, Padma Ramanathan.

Indian held for 'sexually assaulting' woman on US flight