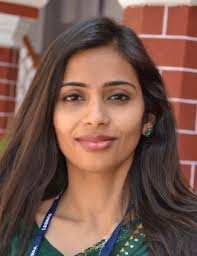 Washington, Dec 13 (IANS) In a second case of its type, one of India’s senior diplomats in New York was arrested and accused by Manhattan’s Indian American US Attorney Preet Bharara of visa fraud and exploiting her babysitter and housekeeper.
Devyani Khobragade, 39, India’s Deputy Consul General in New York, was charged Thursday with one count of visa fraud and one count of making false statements, which carry maximum sentences of ten years and five years in prison, respectively.
The Indian Embassy in Washington reacted swiftly and conveyed its “strong concern to the US Government over the action taken against Khobragade.” It also urged the US side “to resolve the matter with due sensitivity,” taking into account a pending court case in India and the diplomatic status of Khobragade.
The diplomat was taken into custody by law enforcement authorities in New York Thursday while she was dropping her daughter at school, the embassy said in a statement.
Later Khobragade, who looks after political, economic, commercial and women’s affairs at the consulate, pleaded not guilty to the charges in Manhattan Federal Court and was freed on $250,000 bail.
Her lawyer, Daniel Arshack, told a magistrate judge his client enjoys immunity and will challenge the arrest on those grounds. Khobragade handed over her passport as a condition of bail and agreed to make no contact with the unnamed housekeeper.
In June 2011, a former housekeeper had sued India’s then Consul General in New York Prabhu Dayal accusing him of intimidating her into a year of forced labour. A year later he reportedly settled the case on undisclosed terms.
Earlier, Bharara alleged that the Indian diplomat had caused “materially false and fraudulent statements to be made in support of a visa application for an Indian national employed as a babysitter and housekeeper at her home in New York.”
“Foreign nationals brought to the United States to serve as domestic workers are entitled to the same protections against exploitation as those afforded to United States citizens,” he said.
“The false statements and fraud alleged to have occurred here were designed to circumvent those protections so that a visa would issue for a domestic worker who was promised far less than a fair wage,” Bharara said.
“This type of fraud on the United States and exploitation of an individual will not be tolerated,” he said.
But the Indian Embassy said action was apparently taken against Khobragade on the basis of allegations raised by the officer’s former India-based domestic assistant, Sangeeta Richard, who has been absconding since June this year.
According to the embassy, the Delhi High Court had issued an-interim injunction in September to restrain Richards from instituting any actions or proceedings against Khobragade outside India on the terms or conditions of her employment.
The US Government had subsequently been requested to locate Richard and facilitate the service of an arrest warrant, issued by the Metropolitan Magistrate of the South District Court in New Delhi under Sections 387, 420 and 120B of the Indian Penal Code, it said.
Bharara, on the other hand, alleged Khobragade had prepared and electronically submitted an application for an A-3 visa for her would be personal employee saying she would be paid a monthly salary of $4,500 per month at an hourly rate of $9.75.
But in fact, the housekeeper worked for Khobragade from November 2012 through June 2013 for more than 40 hours per week and was paid less than 30,000 rupees per month, or $573.07 at $3.31 per hour, it said.