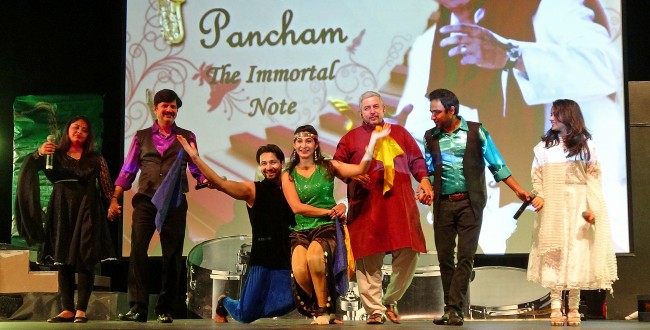 Atlanta, GA, April 26, 2028: This spring, Atlanta was showered with some evergreen melodies of musical maestro extraordinaire, R.D. Burman, at the ‘Pancham’ show. Held at the Duluth High School on April 21, 2018, the Atlanta concert was presented by India American Cultural Association (IACA) with the support of local coordinators Mustafa Ajmeri and Krishan Goyal.

Consul D. V. Singh, and Consul Shailesh Lakhtakia graced the occasion as did an almost full house of music enthusiasts.

A Niche Entertainment and Dhristi production, the audio-visual bonanza was conceptualized by Madan Kulkarni and directed by Milind Oak.

The Atlanta concert was sponsored by Madras Chettinaad and 27th Group. 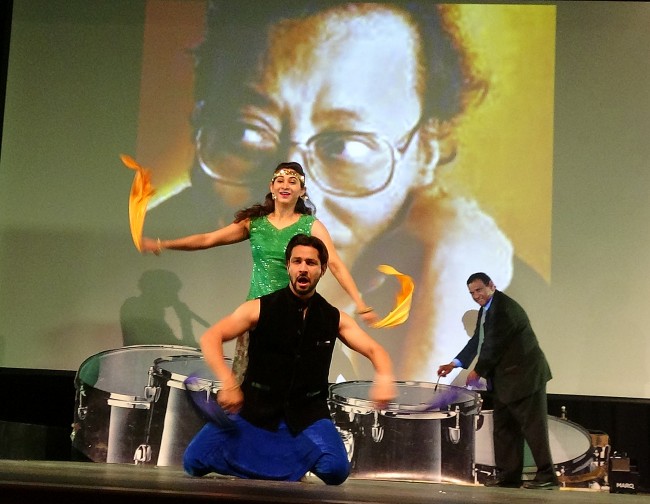 “Pancham was a prism that dispersed notes of music” said host Oak. And the wide variety of songs picked to showcase the profound musical erudition of Pancham (as R.D. Burman was fondly called), be it the creative use of instruments or experimentation with different genres, justified the statement.  Tracing his rise to stardom, beginning from his independent stint as a music director in Mehmood’s Chote Nawab, the singers crooned popular and unforgettable numbers, Jaago Sono waalo, O Hasina Zulfo Waali, Aaja Aaja, Jaaneman Jaanejaa, Tumse kehene waali aur bhi, and many more.

A special segment paid ode to Pancham’s contribution in Rajesh Khanna’s rise to super-stardom in the 70’s, with Kishore Kumar as the singer. The trio synthesized everlasting chartbusters ‘Kora kaagaz tha’, ‘O mere dil ke chain’, ‘Yeh jo mohabbat hai’, ‘Nadiya se dariya’ etc.  that would rule the hearts of many for years to come. The singers indulged the audience with ‘Raina beeti jaye’, ‘Piya bawari’  ‘Mere naina sawan bhadon’ amongst others.

Credited with revolutionizing Bollywood music, Pancham incorporated a wide range of influences including Western, Latin, Oriental and Arabic tunes in his music. A segment dedicated to this genre had singers vivaciously crooning Piya tu ab to aaja, Dum maaro dum and Mehbooba.

The last leg of the concert traced Pancham’s final years of decline, failing health and insecurity, when he was overshadowed by other composers. His score for Ijaazat, regarded as one of his best, won him critical acclaim but the awards went to Asha Bhosle (Best female playback singer) and Gulzar (Best Lyrics), while Pancham received none.  The music of 1942: A Love Story was released after his death in 1994. It won him the third and last of his Filmfare Awards, posthumously.

Local coordinators Mustafa Ajmeri and Krishnan Goyal expressed thanks to all volunteers and the media. “I’m very glad to present this wonderful program on behalf of IACA and very happy that Mustafa Ji brought it to our attention,” said Paddy Sharma.

Ani Agnihotri talked about the upcoming events of IACA. “We have some exciting events including the Festival of India in August and the Beauty Pageant in September, amongst others,” he added.

Pancham’s musical span spread far and wide, be it classical, soulful or his path breaking western-inspired beats. Never a dull moment- the singers, dancers, the anchor and the interviews on the large screen set a mellifluous milieu that befits the legend and his timeless tunes.

Kya tumhen pata tha Pancham, Ki tum chup ho jaoge, Aur tumhari aawaz dhundta phirunga (Did you know, Pancham, That you will go silent And I will wander about searching for your voice)- lines Gulzar wrote for Pancham resonate with anyone who has been an ardent admirer of Pancham’s music. The search is eternal and the music, immortal.