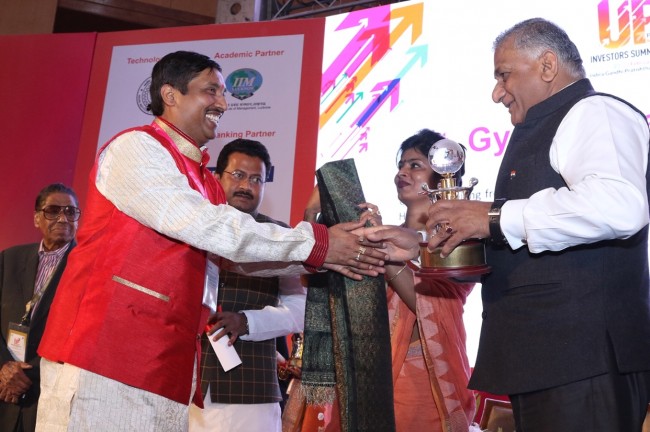 Atlanta, GA, April 9, 2018: Atlanta based Pundit Gyan Prakash Upadhyay, a well-known and respected religious leader, social and cultural activist, dedicated volunteer, an ardent follower of Lord Ganesh ji and founder/president of Siddhi Vinayak Mandir, was one of the ten global awardees conferred with the prestigious ‘Apravasi Bharatiya Ratna’ Award, at a glittering ceremony, on February 22, 2018, at the UP Investors Conference in Lucknow. The historic event was graced byIndia’s PM Narendra Modi and U.P. Chief Minister Yogi Adityanath, and was attended by over 5,000 people including industrial leaders, overseas representatives, political representatives and academicians.

Pundit Gyan Prakash ji was bestowed with a sparkling trophy and a certificate at the august gathering  byIndia’s Minister of State for External Affairs, VK Singh and NRI Minister of UP, Swati Singh.

Pundit Gyan Prakash ji was born in Pratapgadh, UP in January 1976. After rigorous training to become a priest, he immigrated to the U.S.in 2008. After his seven year stint as a priest at the Shiv Mandir, he founded the SiddhiVinayakTemplein Global Mall, Norcross, Georgia, in 2015. Punditji is well versed in the Vedas, Upnishads, Puranas, astrology and rituals like Shri Ganesh Pooja, Navagrah Shanti, Vivah, Shri Satyanarayan Katha, Vastu Shanti, Vahan Pooja, Yagnopavit, Antim Sanskar (final rites), yoga and meditation to name a few.

He also conducts poojas on Maha Shivratri and Holi festivals as well as at the annual Global Mela. 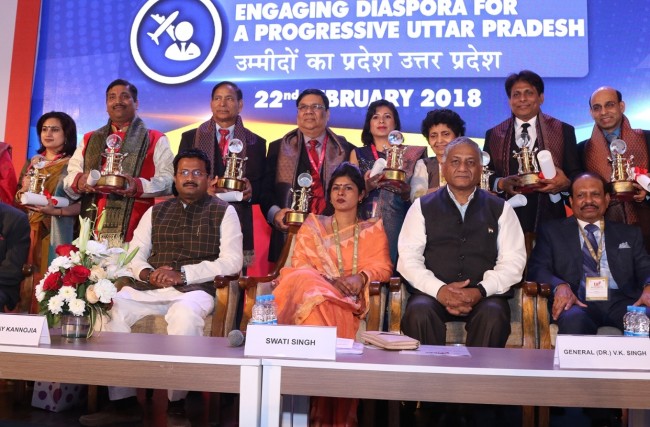 Pundit ji is actively involved with various not for profit organizations like Ekal Vidyalaya, Vishwa Hindu Parishad and Hindu Swayamsevak Sangh,Sewa International, World Hindu Foundation, World Hindu Economic Forum,USHA,etc. He has not only held top posts, but also devoted many years of dedicated and committed service in some of the afore listed organizations. He is very proud of the immense contributions of the Indian community in development and progress of the adopted land and strongly believes in all beings living in peace and harmony.

Genial Pundit Gyan Prakash ji is married to Smt.Prema ji. They have two sons, Vivek and Swatantra and a daughter Shraddha.