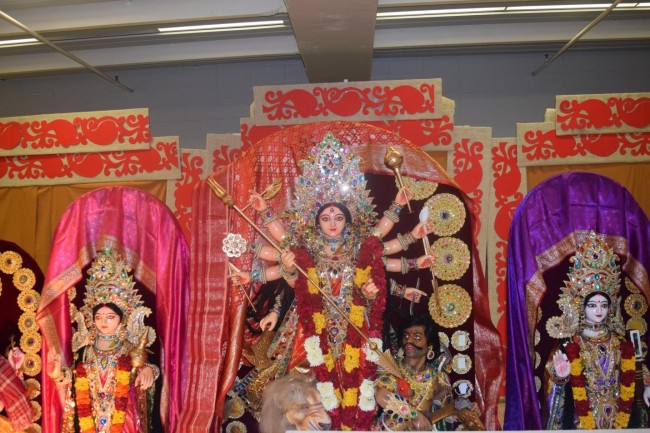 Atlanta, GA, November 2016: Durga Puja is the most important festival for Hindu Bengalis all over the world. It celebrates the worship of Goddess Durga. As Bengalis have emigrated all over the globe, the Durga Puja brings all Bengalis together for three days each year and serves as a community builder. Atlanta USA, has a strong Bengali population. There are five different organizations: BAGA, Pujari, Purbasha, Bangladeshi Pujo Association, and Atlanta Bengali Forum that organize Durga Puja each year in Atlanta.

Pujari is a premier Bengali socio-cultural organization of Atlanta. It celebrated its 30th Durga Puja at the Berkmer High School, Lilburn Georgia from October 7 to October 9.

Durga Puja is the biggest event organized by Pujari. Members prepare all year for these three days of grand celebration. The three days were full of fun, frolic and festivity. There were religious rites of worship to goddesses Durga along with poetry, song, dance and drama.

Pujari has talent. There were shows by members who gave riveting performances on all three days of the festival. Pujari kids presented the Ganer Tori which was directed by Mukta Kinta to music by Tapas Sarkar on October 7. Then there was a program on the poems and songs of Rabindranath Tagore called Ananta Anandadhara by Deblina, Rinta, and Riya. A modern drama called Phirey Dekho by Banhi Nandi was staged the next day.  Suparna Chaudhury presented ‘Dare to dream’ on October 8.

The star attraction for Saturday night was TOLLY2K – which featured the best of the Atlanta Idol singers and kid prodigies who sang to popular Hindi and Bengali songs. The highlight of the last day was the thought provoking drama critiquing the education system in the past and its evolution to the present times. Sudakshina and Anindya Mukherjee worked hard for three years on this project which involved research inIndiaandU.S.The final product ‘E Sob Syllabuse Nei’ was a masterpiece which drew standing applause from the audiences. 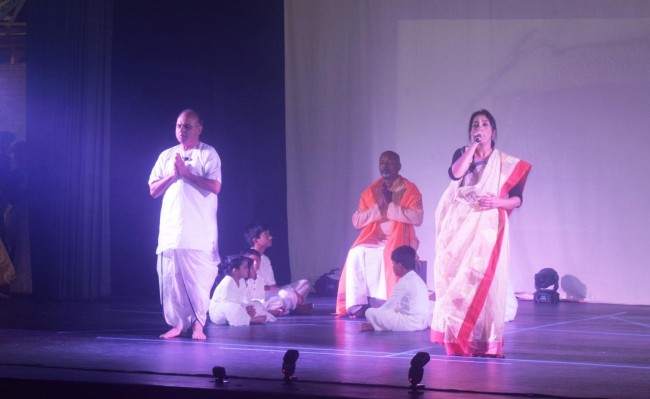 Pujari also launched its yearly magazine Anjali 2016 during the occasion. It is a little magazine showcasing the literary talent of the Pujair members. It was edited by Baishali Dutta and contained poems, stories, essays, paintings, travelogue and many others published both in Bengali and English. There were contributions by Jaba, Arun, Mithu, Poorna, Sujay, Keya, Tapasya, Sambad. Bharati, Sutapa, Nachiketa, Kallo, Shubhasree, Sikha, Samar, Mrinal, Sudakshina, Jharna, Deepali, DJ, Rajib, Rishima, Shayna, Anandita, Srinika, Sahana , Anik and others.

A unique feature of Pujari is the missionary zeal with which it recruits and welcomes new members. Pujari president Soumya Bhattacharya proudly announced the addition of 25 new families to the Pujari team. All new members were greeted and called to the stage for the welcoming ceremony conducted by Prabir Nandi and AnusmitaSur.The new members were introduced to the cheers of the crowd and received a welcome gift. 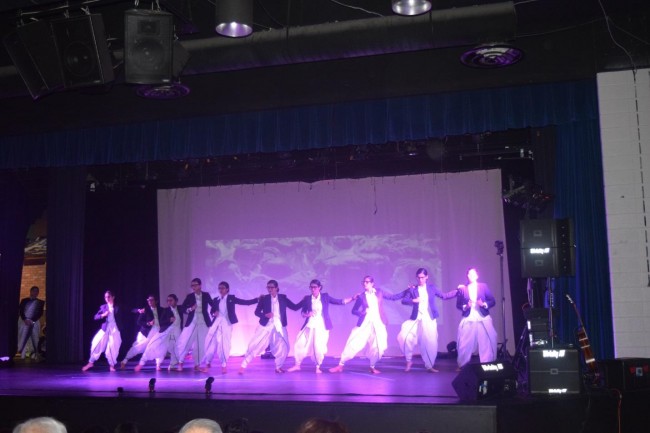 Other members of the Pujari committee Tumpa, Malobika, Agniswar, Baishali, Prabir, Nachiketa, Ujjal, Prosenjit, Suraaj, and Anusmita worked hard and deserve full credit. Pujari Board of Directors – Rahul Ray (chairperson), Abhijeet, Anindya, Vikram, Saikat, Kallol, and Ashok congratulated the executive committee for an excellent job and promised another great event next year. The crowds left with a peppy mood as they wished each other ‘Shuvo Bijoya’- the Bengali greeting for victory and good luck.