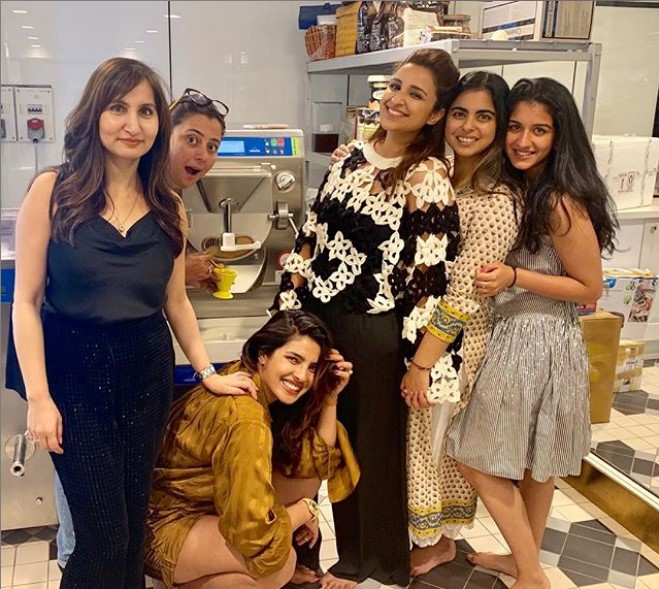 Mumbai, April 29 (IANS) Actresses Priyanka Chopra Jonas and Parineeti Chopra had “the best night ever” during an all-girls night at their friend Isha Ambanis home.

The former Miss World visited Isha’s new house along with her cousin sister and actress Parineeti Chopra, and shared a photograph as they tried their hands at home-made ice cream.

“Making home made ice cream! Thank you to the hostess with the mostest. Isha, love you! Your home is amazing! I wish you love and laughter always. Here’s to many more girls nights. Alia Bhatt, you missed the madness by minutes! Love all you ladies,” she captioned the image.

Parineeti responded to the image saying: “Best night ever!”

Priyanka is in India for the wedding festivities of her brother Siddharth Chopra, who got engaged to Ishita Kumar earlier this year.

On the work front, Priyanka has wrapped up filming “The Sky is Pink”, directed by Shonali Bose. She has also announced an India-set wedding comedy in which she will collaborate with writer-actor Mindy Kaling.